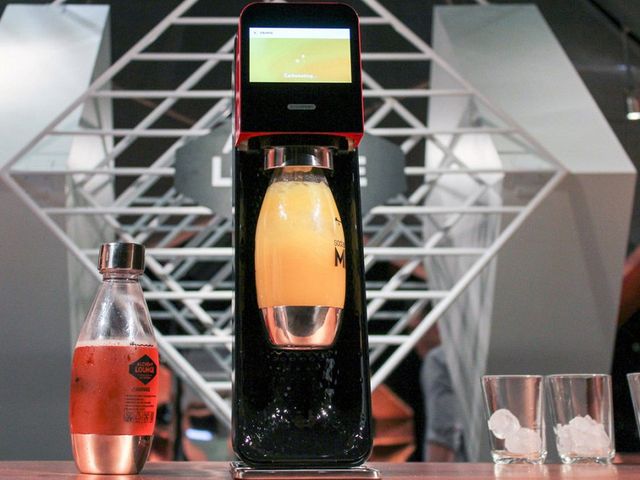 SodaStream Mix – stylish device, which turned into a soda absolutely any liquid – water, juice, alcoholic drink, even milk! Such a solution, as we have already been built into the refrigerator Samsung; SodaStream now decided to release the mixer as a single unit.

The housing is created by Swedish designer Yves Béhar, reminiscent of coffee, but the heating elements inside of it are missing, replaced by a coffee pot replacement bottle, and instead of steam fed carbon dioxide. Due to the tight fit of the bottle the opportunity to splash kitchen walls freshly prepared drinks excluded.

The device is equipped with a touch screen, which allows you to choose a drink for aerating. Used for different liquids and different amounts of carbon dioxide feed rate. 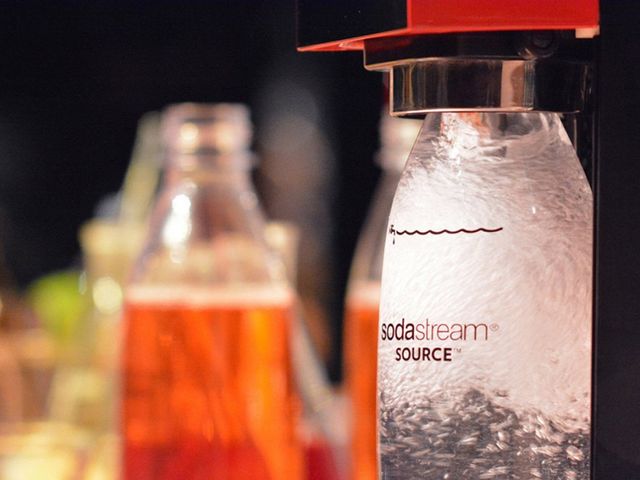 In SodaStream Mix integrated Bluetooth-adapter to communicate with your smartphone or tablet. Developers offer corporate Android-app for making cocktails; Recipes can be used in SodaStream Mix, and share them with other owners of such gadgets.

Sales SodaStream Mix will appear in 2016. Its cost manufacturer has not yet reported, but it is expected that it will not exceed $ 250.