Bob Roohparvar, Ph.D., a specialist in electronics and power management, has invented a simple and effective gadget that is capable of eight times increase the life of every single battery. According to the developer, in the US use Batteriser will save up to 3.4 billion. Dollars annually.

Regular alkaline battery rated at 1.5V, but as soon as her stress during use drops to 1,35-1,4 in many devices do not work on the power supply. Batteriser is a voltage amplifier, which allows efficient use of the remaining 80% of the battery.

Such devices have existed before, but designed Ruparvarom model has a thickness of 0.1 mm, so it is suitable for installation in virtually any battery compartment. Batteriser can increase battery life by 4.9 times in devices such as remote controls and 9.1 times – in a variety of electronic toys. The voltage level of 0.6 V it converts a 1.5 V – in battery, just extracted from the package. 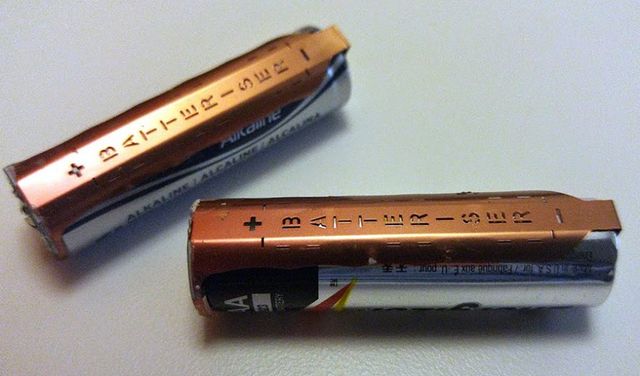 To prove the effectiveness of Batteriser, the developer spent a little experiment. He showed two “dead” AA-batteries and found that the voltage on them reaches 1.3 V. Then, he put power supplies in Bluetooth-keyboard for the Mac, and the computer displays a message that the batteries need to be replaced. After installing the batteries in the Batteriser and verification voltmeter Ruparvar received output voltage of 1.5 V, and placing them in the keyboard shown on the Mac reported that the batteries are charged at 100%.

Dr. Parveen Kyumars (Kiumars Parvin) from the University of San Jose conclusions Ruparvara confirms: “We Batteriser tested in the laboratory and found that the device actually allows you to use the remaining 80% of the energy.”

The developer has already patented a device, and in late June, plans to launch a campaign to raise funds for Indiegogo. Ruparvar claims that the device will go on sale in September. Package of four Batteriser cost only $ 10.