All are popular smartphones very low prices, especially those who belong to the so-called “under $ 100” category. One such is the new 4G LTE smartphone InFocus Bingo 21, presented by the Indian manufacturer.

It is a fairly basic smartphone with a screen of 4.5 inches and with a resolution of 480 x 854 pixels. The smartphone runs on little-known Shark L (SC9830) 4-core processor at 1.5 GHz, and is built and 2 GB of RAM and 8 GB of physical memory expandable via microSD card up to 64 GB. 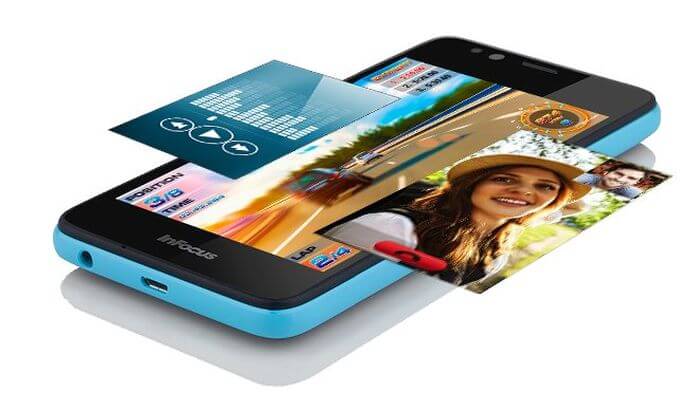 The built-in cameras are 5MP (the self) and rear 8MP (LED flash, auto focus, aperture f / 2.2, HDR, Full HD). InFocus Bingo 21 supports dual SIM and 4G LTE network and runs on Android 5.1 Lollipop operating system with In life UI 2.0 interface while the battery of 2300 mAh. The new device is available in black tone including a white, also blue, or orange frame lining.

As its very name suggests, new 4G LTE smartphone InFocus Bingo 21 could be hit as far as sales because its price only $ 81 and will be available in black with lines of white, blue or orange. Any additional information, visit the official website.