Fujifilm X-T10 – digital camera system premium. Updating Fujifilm X-Series differs improved compared to previously released models picture quality through the use of a unique color technology. Furthermore, the presence of a fast AF, user-friendly viewfinder magnification factor 0,62h1 LCD screen with minimal latency of 0.005 seconds (world record in its class!) And a resolution of 2.36 million. Points provide a new model, if not the title of “killer SLR “, then at least ensure high consumer interest.

Fujifilm X-T10 is equipped with the matrix APS-C X-TransTM CMOS II with integrated phase-detection autofocus, in which there is both a single-point mode and the focus is on 49 points, and modes of zoning and tracking / AF wide by 77 distributed over a larger Square points. According to the manufacturer, this solution improves the results of moving subjects. In addition, the camera can take lots of up to 8 frames per second.

Housing Fujifilm X-T10 is lightweight and compact; it is made of durable magnesium alloy. Controls – stylish aluminum wheels to adjust the shutter speed, exposure compensation, and select the shooting mode; There are also seven functional custom buttons. 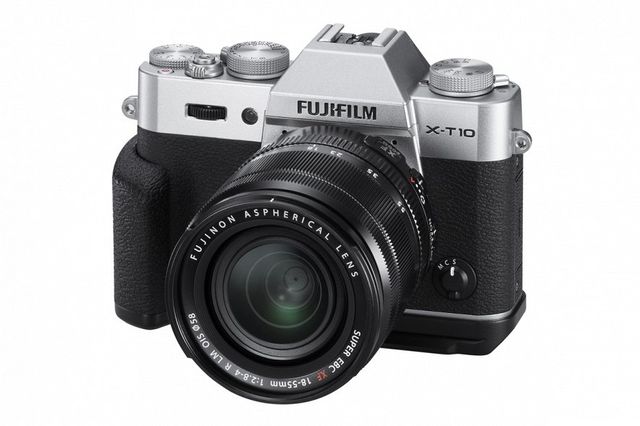 Heart Fujifilm X-T10 – Matrix X-TransTM CMOS II 16.3 megapixel resolution and a processor EXR II. The color filter array is applied to the irregular structure. It is no use of low-frequency optical filter minimizes color distortion and moire, allowing to increase the amount of light penetrating the matrix. Noise reduction is performed at the level of the processor, which gives a clearer picture with deep black color transfer even with high sensitivity. The value of the ISO Fujifilm X-T10 can be up to 51200. In addition, the models are implemented to optimize the light modulation system (LMO) for correcting diffraction and other distortions, the delay between the shutter reaches 0.05, and between shots – 0.5 . Electronic shutter operates silently.

A screen with a diagonal of 3 inches is on the rear panel. It supports Preview Pic Effect – mode, which shows a natural image. It is noted that with the use of the screen is equally convenient to shoot holding the camera in the ground or above the head. A small pop-up flash; its brightness is adjusted automatically, which saves battery power.

In the creation of the electronic viewfinder implemented technology Organic EL, which increases clarity and contrast. The brightness of the image, it is automatically adjusted. Built-in gyroscope measures the orientation of the image in the viewfinder depending on the position of the camera; Note that the cells with an optical viewfinder is not possible to implement.

Among the useful features Fujifilm X-T10 note Auto Macro – automatically switching the camera to macro mode while maintaining the speed of autofocus. Supports multiple exposure capabilities, allowing one to combine the two pictures of the object, for example, to add people in the picture, Focus Peaking (digital divide images for precise manual focus and focal focus) and timelapse. “Chip” models – effects that mimic the shades of traditional films Fujifilm, and artistic filters. 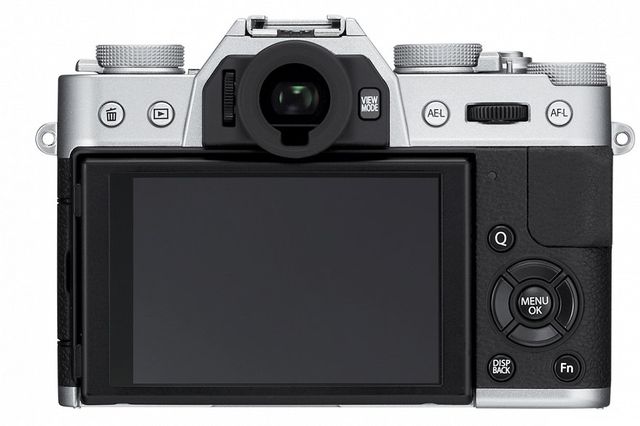 Fujifilm X-T10 can shoot video in Full HD at up to 60 frames / s; In this case, the simulation mode of the film are also supported, and you can adjust the exposure, aperture, shutter speed, sensitivity, and adjust the focus (manually or automatically). The camera has a built-in Wi-Fi-module, which provides data transfer rates up to 36 Mbit / s and management connected to the shooting with Fujifilm X-T10 smartphone or tablet.

In addition to the camera Fujifilm X-T10 manufacturer has released a high-aperture telephoto Fujinon XF90mmF2R LM WR with dust and splash-proof design that is suitable for shooting including a bokeh effect. The lens mounted linear motor drive with quad focus. Maximum aperture value in the model is F2.0, and the focal length is equivalent to 137 mm; relatively short lens, however, is suitable for sequential shooting sports events, and to create portraits. 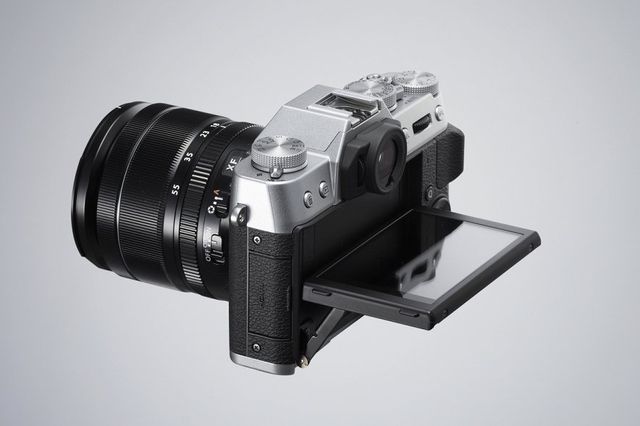 Inside Lens Fujinon XF90mmF2R LM WR – 11 optical elements in 8 groups, including three non-scattering glass elements. This allows you to create beautiful bokeh due to the circular opening 7-blade diaphragm and minimizes vignetting. AF speed of 0.14 seconds, and the engine in which to increase torque using four magnets, operate precisely and silently.