The concept of Windows tablet well proven and it is not surprising.  The device allows you to work in a familiar environment with familiar programs without burdening his bag extra dimensions is deservedly popular. The guest of our review to offer potential buyers is not only attractive price but also good-looking design.  Multitask tablet PC review has the decent level of equipment and good equipment.

Do you know many tablets that come not only with a charger and a cable? In the box with Pixus taskTab 10.1 3G, we found not only all the necessary, and even a nice bonus. There is a Case, Bluetooth-keyboard, charging at 2A, USB-cable, a wired headset, OTG-adapter, a cloth made of microfiber and clip tray SIM-cards.

Each of the accessories neatly stowed in its forms and customized packaging. For this indicator, the tablet clearly stands out among many competitors even higher price segments.

The design Pixus taskTab 10.1 3G can be described as strict and quite stylish. Some of the solutions were not entirely new, but, despite this, the tablet looks like a modern and attractive gadget. 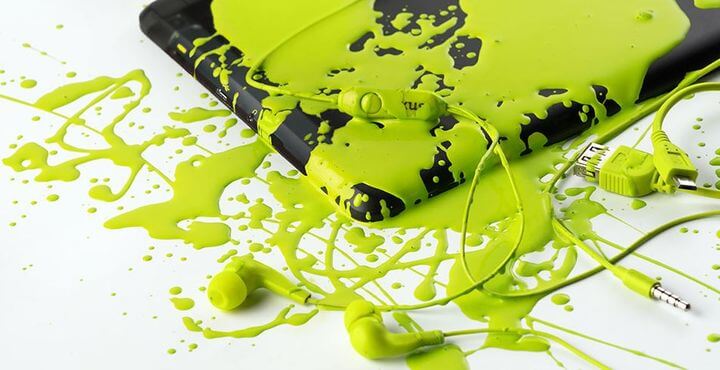 The designers used several strokes which complement the look, in particular, metal inserts in the upper and lower edges, as well as the ring framing camera lens. Multitask tablet PC review is almost completely black; the back panel is made of tempered glass and has a moderately soiled. 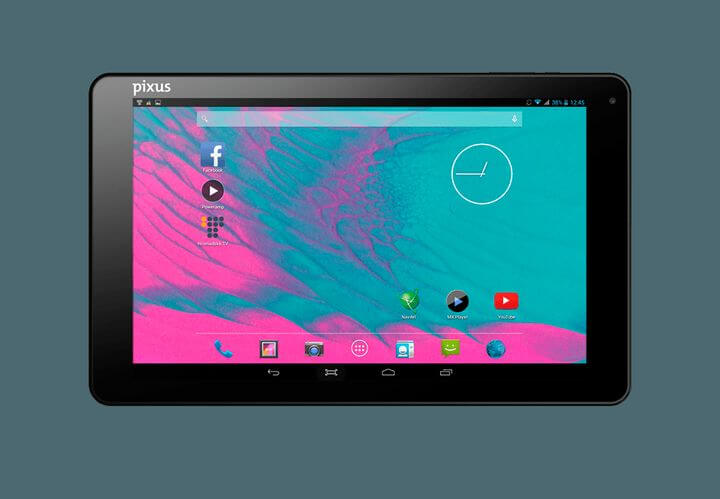 As indicated in the title, Pixus taskTab 10.1 3G – a 10-inch widescreen tablet. Usually, from devices with similar dimensions expect a hefty, but it does not apply to the guest of our review. Weight tablet is 465 grams, which is less than the psychological mark of half a kilogram. But in reality, there is a tablet much easier, which is certainly a positive effect on the level of comfort during use. 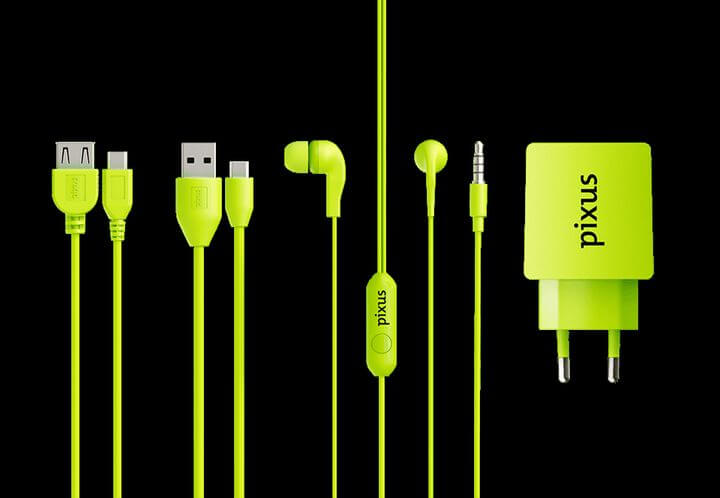 The frame around the screen and width are sufficient enough to work as a landscape and portrait. Build quality is very good, although sometimes at the hands of a sturdy grip can feel the rear of the deflection, but, in general, all panels perfectly adjusted to each other. 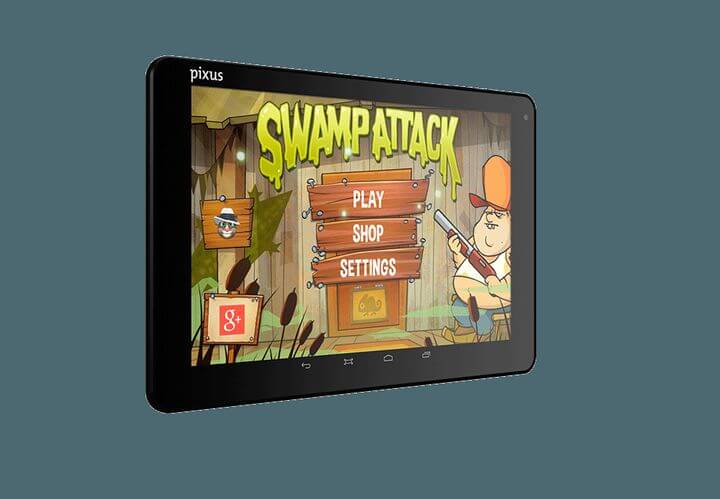 As for the hardware controls, the Pixus taskTab 10.1 3G offers quite a standard set of the power button and volume keys. You can complain about the lack of buttons on the Windows (system logo next to the display, unfortunately, the button is not), but to quickly get used to its absence. A set of connectors as is standard: microUSB, mini-jack and a slot for microSD memory card, and micro-SIM. All connectors and the keys are ergonomically correct and comfortable enough to use them. Given the thickness of 8.3 mm body looked good to a full-sized USB-port, but with the included adapter is not a disadvantage. 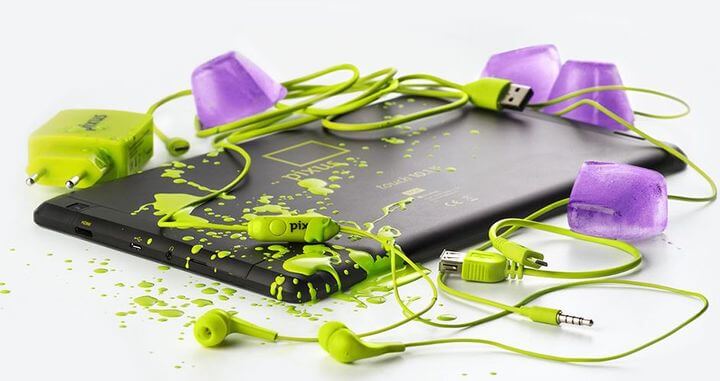 Pixus taskTab 10.1 3G is equipped with a very good 10.1-inch matrix with a resolution of 1920×1200. The display is made of IPS technology and shows the juicy and high-contrast image, which emphasizes the benefit design colors, preinstalled Windows 8.1. 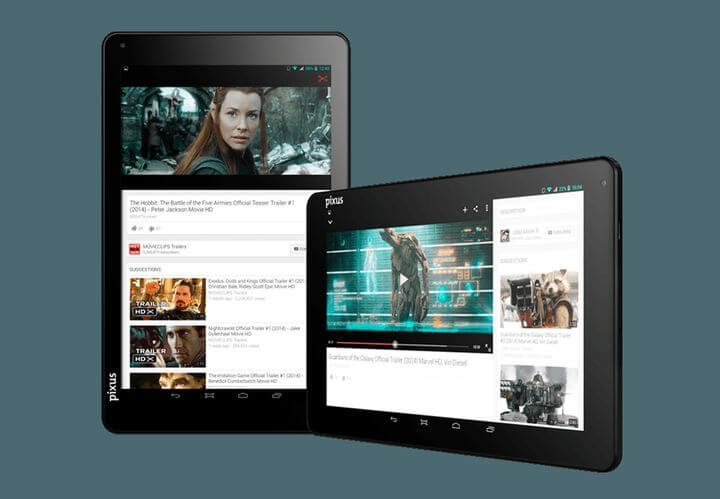 According to the results of measurements showed a maximum brightness of the display at 308 cd / m², a minimum of 11 cd / m² and a contrast ratio of 1054: 1. It is worth noting the absence of an air layer, which adds to the advantages of visual perception. The viewing angles are almost the maximum, and the matrix is covered with a protective glass.

Multitask tablet PC review Pixus taskTab 10.1 3G received the standard for most modern Windows-Tablet hardware platform, which is based on well-proven processor Intel Atom Z3735F, carrying a four cores Bay-Trail-CR with a frequency of operation 1,33-1,83 GHz paired with integrated accelerator Intel HD Graphics. In combination with 2GB of RAM, this provides a sufficient level of performance for the medium Windows 8.1, as well as in Windows 10, to which the tablet can upgrade free. 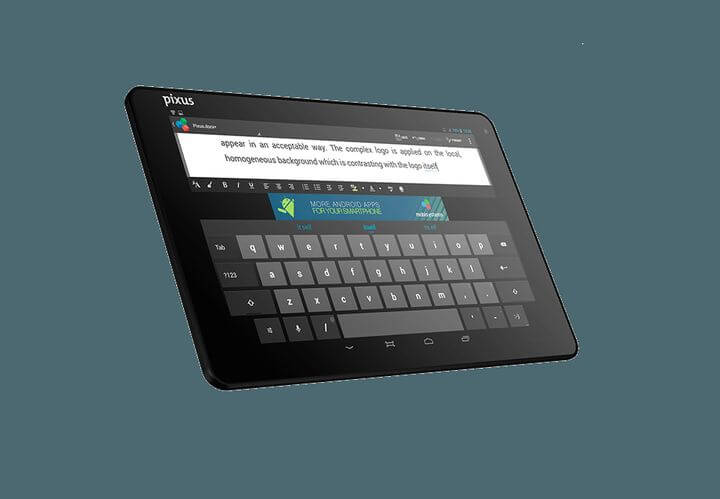 The storage used 32 GB permanent memory expandable through a card reader microSD. Multitask tablet PC review comes preloaded with Windows 8.1 with Bing, the system works in this gland smartly in multimedia tasks, and in the office. As we mentioned, Pixus taskTab 10.1 3G, equipped with a wireless keyboard with a built-in battery, by the way, quite comfortable.

The housing has a built-in keyboard magnet, as well as in the company’s case allowing safe to fix the keyboard, both outside and inside the cover. For audio playback, the tablet is equipped with not only a headphone jack, and a pair of stereo speakers, located on the right side, the quality is acceptable. A set of wireless interfaces is almost as widely as possible: in addition to the Wi-Fi 802.11n and Bluetooth 4.0, here as there are 3G modules and GPS, to their speed no complaints. 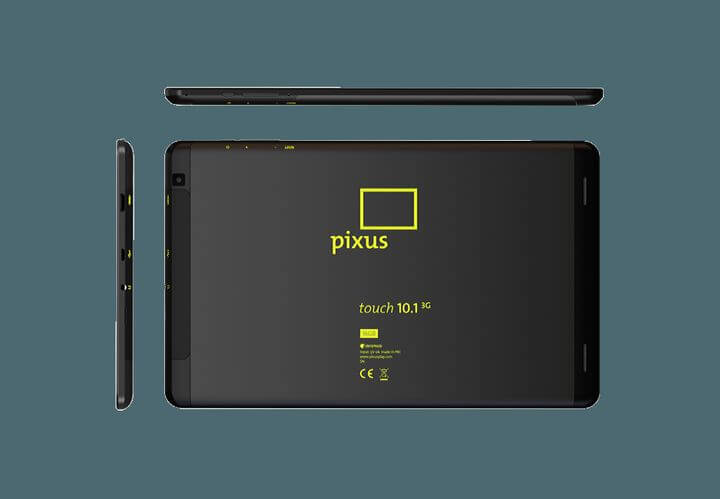 The photographic opportunities represented by two cameras are 2-megapixel in the front and 5 megapixels in the main. Even in the case of good lighting to turn only get images of average quality. In principle, the same can be said of filming, we recommend choosing the right video conferencing well-lit place.

In Pixus task Tab 10.1 3G installed capacity of 7100 mAh battery, which was enough for up to 8 hours of video playback, 5 hours of playback YouTube or 5-plus hours of work with the text. 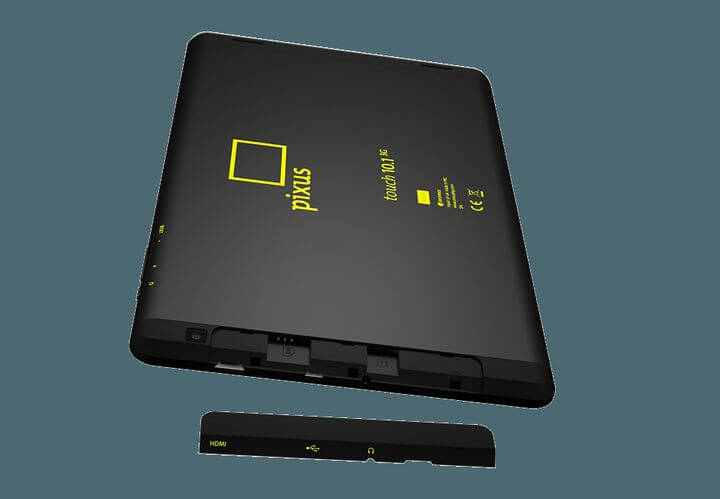 Multitask tablet PC review works in the browser and e-mail based on screen brightness of about 50%. 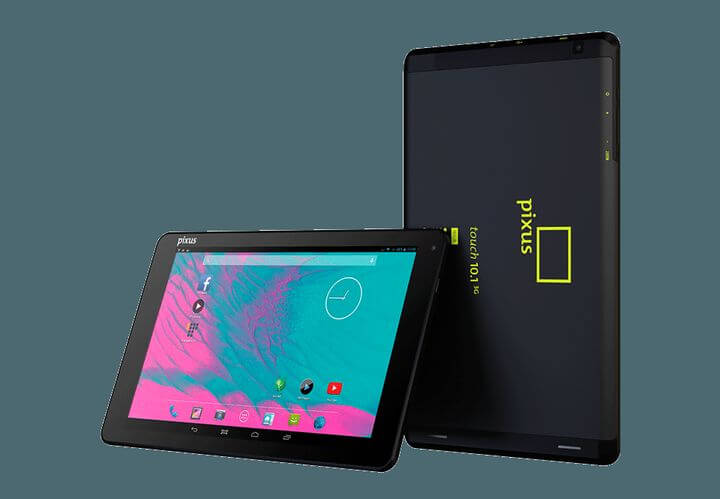 In Pixus tablet turned out good, is not without drawbacks, however, with a number of advantages. The strong points include good design, weight and overall dimensions and packaging, as well as a competitive cost in the American market. Pixus taskTab 10.1 3G is really worth considering as a purchase if you need a tablet for use in Windows.