ALCATEL ONETOUCH Idol 3 was announced in March at the MWC 2015. Sadly, he came to us just now. Of course, since the announcement of a lot of water under the bridge, but still has its own device chips with which we will introduce in the review most powerful smartphone.

The appearance and usability: review most powerful smartphone from ALCATEL

First, it is worth noting that there are just two externally identical devices called Idol 3. The differences lie in the diagonal of the screen and filling. We were hit smartphone with 5.5-inch screen, but there is a 4.7 inch. There are two versions of the Idol 3 5.5 – on our test version of 6045K, which was a slot for two SIM-cards and built-in storage to 32GB. There is also a version of 6045Y an SIM-card and 16 GB of internal memory, but expandable through memory cards microSD.

With the design of smartphones, ALCATEL ONETOUCH always was good. That’s flagship model did not fall face in the dirt. 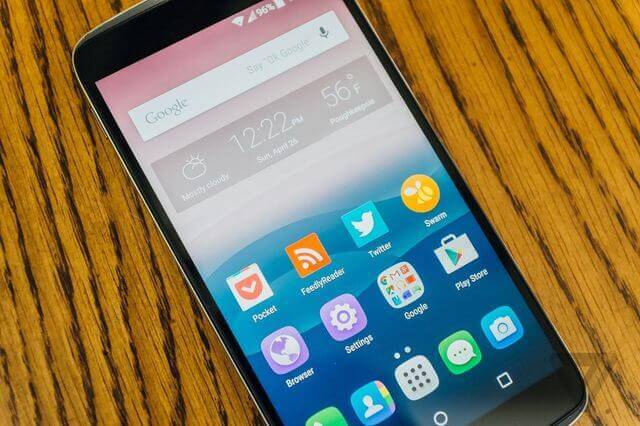 The front side has a complex shape. The display unit is located on a small step. At the top are the indicator light, front-facing camera and proximity sensors and lighting. At the upper and lower bound is in stereo speakers. The power button and volume control are separated into left and right face, respectively. The SIM-card format microSIM is on the left. Not top end – a 3.5 audio jack and an optional microphone. At the bottom is the main microphone and microUSB.

Housing molded. On the back of the main chamber settled 13 megapixels and a single LED flash. In addition, here you can find the manufacturer’s logo and ruler Idol. It is worth noting that the cap is made of plastic perfectly imitates metal.

The side face has an interesting design – the sides of thin plastic inserts for metal, and the center of the plastic insert in the body color.

In terms of usability Idol 3 showed himself well, even though the display is 5.5. It has dimensions of 152.7 × 75.14 × 7.4 mm and a weight of 141 g Last altogether gives a feeling of weightlessness phone. Thanks to unlock the screen by double-tapa there is no need to extend the power key. If successful fellow right-hand index finger is below the power key and the thumb is the volume rocker.

ALCATEL ONETOUCH Idol 3 is equipped with a 5.5 inch IPS screen, made by technology OGS with a resolution of Full HD. Present sensor automatic brightness adjustment that works properly, and good oleophobic coating.

The color gamut of the display is somewhat broader triangle sRGB. Color temperature is at 6000K. This means that the colors on the screen to be slightly warmer than necessary. The gamma curve is far from standard. As a result, the image will be brighter than necessary.

Subjectively, the screen is normal. Yes, the calibration is not the best, but overall pleasant colors, the screen are a good contrast. A significant drawback is the high value of the minimum brightness.

ALCATEL ONETOUCH Idol 3 is running the eight-Qualcomm Snapdragon processor 615 (MSM8939). It consists of four core Cortex-A53 1.5 GHz and four cores Cortex-A53 at 1GHz. In the role of video, an accelerator is Adreno 405. 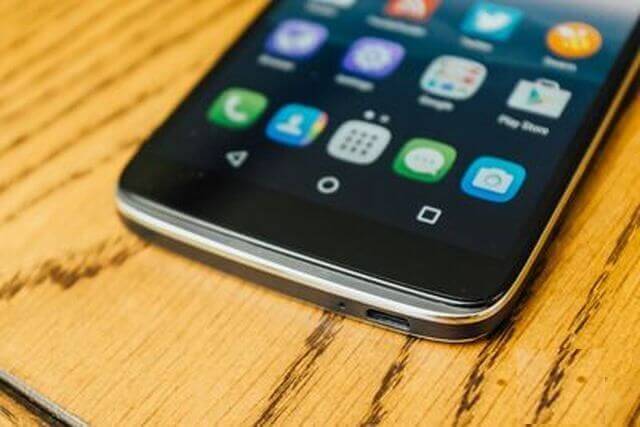 The results are not impressive benchmarks, we have the mid-level smartphone. In performance, it competes with solutions based on the platform Mediatek MT6752. Lovers play demanding games at high graphics settings disappoint device, and for all other tasks it will do. Overall system performance is not very high. Here and there-there is the small interface.

No Wi-Fi supports al. Bluetooth is version 4.1. There is support for FM-radio, GPS, and NFC. All wireless network work well. Wi-Fi network confidently holds and does not lose the signal. Search speed satellites also provoked questions.

One of the main chips ALCATEL ONETOUCH Idol 3 was the presence of two stereo power of 1.2 W each. They are produced in Clari-Fi from JBL. With this out of the phone, you can easily make a small media center. The volume of the speaker is really high, and the fact that they are separated as much as possible at the edges rather big phone adds more stereo. To play music using the firmware application ONETOUCH MIX. In the vertical orientation of the screen is the usual music player. In the horizontal, everything changes. Our gaze presents a mixer. It is not just visualization. It allows you to change the tempo of music playback, insert effects and quickly combine composition.

If we talk about the earpiece, then he made a good average level. With the microphone and all is not bad. Complaints from interviewees on the quality of voice transmission have been reported.

The operating system: review most powerful smartphone from ALCATEL

In the role of the operating system performs Android 5.0.2 Lollipop. The manufacturer did not greatly change the stock interface. At first glance thrown cartoon labels runoff applications. Unfortunately, it is impossible to replace their standard.

I change the interface unlock the smartphone. Now, in addition to launching the call log and the camera has the ability to launch the calendar, music player, front camera, create a contact, and scan QR-code.

On the far left is a ribbon desktop ONETOUCH Stream. It is an analog of what can be found on smartphones HTC. The big drawback is that to add or customize the display of certain resources is not possible. Available only to select your country and you are interested in that. 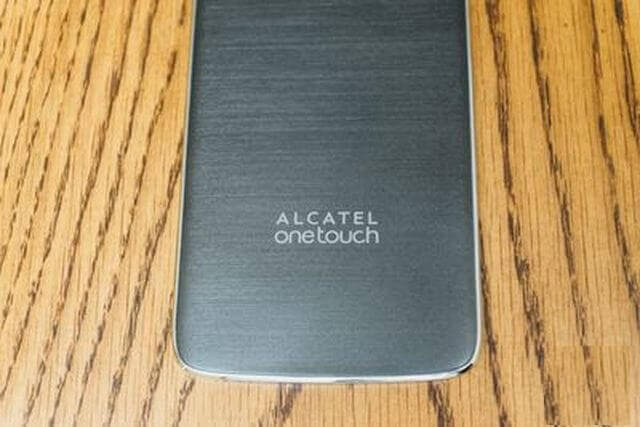 An interesting feature is a possibility to work with the device upside down. This mode works not only on the menu but also during the phone call. This is possible due to the use of stereo speakers and microphones at the ends of the housing. This is used as the speaker who is receiving a call above. During the call, turning over 180 degrees is not working.

In the setting of the smartphone you see “Gestures,” in which you can turn off the alarm call and leaving a coup with the help of the screen, as well as the awakening of the machine by double-tapa.

The smartphone is equipped with a 13-megapixel main camera and 8-megapixel fronts. The basis of the back of the camera sensor acts Sony IMX 214. Both modules can write videos in Full HD. Setup is very simple. In addition to automatic mode there HDR, panorama, manual mode, frame by frame, scanner. 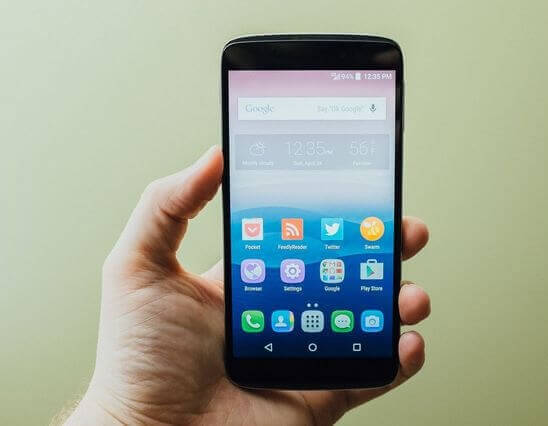 Briefly tell us about the quality of the photos, they receive average. Despite the use of the very popular and a good sensor Sony IMX 214 camera pumped. Yes, in good light the photos are not bad, but sometimes there is trouble focusing. In the evening and at all focused machine reluctantly.

The capacity of the internal battery is 2910 mAh. Because of this, and not the most voracious processor can count on the 2 days of battery life in normal mode. At the same time, the active screen will be 3.5 hours, 1 hour on the phone. During the night, while the Wi-Fi battery loses between one and three percent charge. So in terms of the autonomy of the smartphone’s is all good.

ALCATEL ONETOUCH Idol 3 5.5 is a beautiful phablet with quality stereo speakers, a good screen, and sufficient autonomy. Fans play demanding games smart phone will not work, but it should appeal to those who watch videos, listen to music, not only in the headphones but also through the speakers.