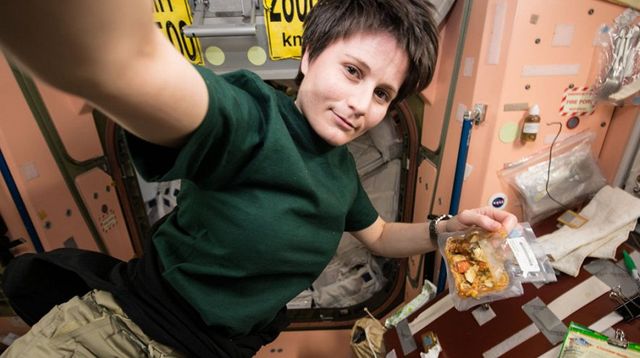 The first espresso machine designed specifically for astronauts delivered into orbit Dragon, missile production SpaceX. Italian Samantha Cristoforetti learned from the ship with a cargo capsule with the help of a robotic arm. Delivery coffeemakers from Baikonur in Florida to the ISS took only three days. Of course, in addition to an espresso machine, Dragon capsule was still about 2 tons of food, equipment and materials for space experiments.

Italian colleagues sent espresso machine Kristoforetti, which was forced to drink instant coffee sticks out from November 2014 (when it began its mission on the ISS). “It was great!” – Said astronaut received a welcome gift.

Delivery espresso machine “late” for three months due to loss of supply vessel last year, caused by the explosion of a rocket. If SpaceX Dragon was sent later Kristoforetti orbit would remain without a coffee maker – she returns home after a month. The astronaut says that he can not wait to try a real space espresso. 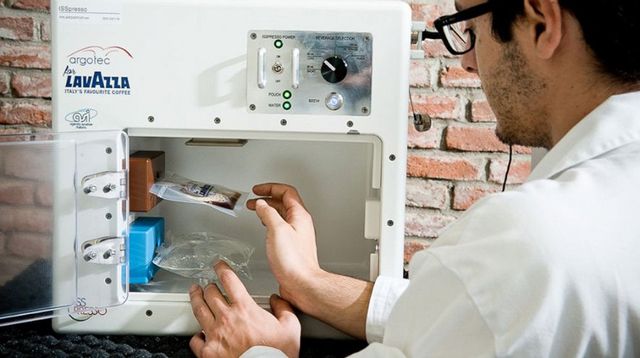 By the way, in January at the University of Portland were developed prototypes for espresso cups. A special form of containers, printed on 3D-printer warns splashing hot drink in weightlessness. Each curve used in the plates provides for controlled movement of liquid. Once the astronaut brings spout cup to his lips, there are capillary connection, coffee moves up and forms a spherical drop that and get into the mouth. According to the developers, drink coffee so much nicer than a plastic tube. But the orbit space espresso cups have not yet got.