Following a series of watches D4i Novo, which watches was published at the beginning of 2014. The Finnish watchmaker Suunto today appeared as a new series of diving watch device manage under the trade name Suunto D6i Novo. Presented novelty is positioned as a new generation base model Suunto D6i; get updated sensor electrode 3D-compass. Also, the watches get new design options and improved protected housing with a new type of matt, as well as several new features. 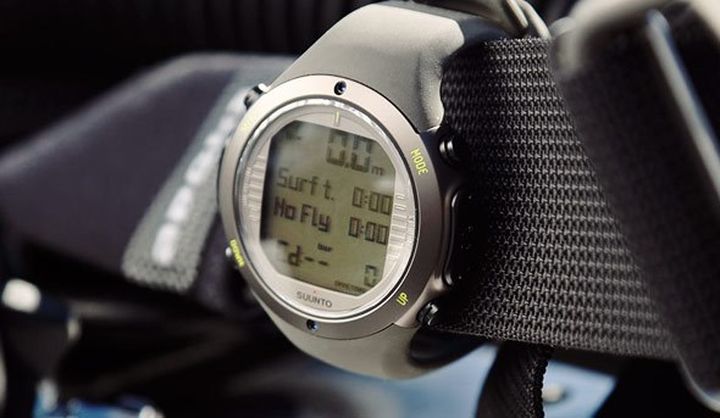 On hand watch fixed with a wide and flexible silicone strap with stainless steel buckle. The maximum body diameter is 48.5 mm and thickness is 15.9 mm. The weight of the device does not exceed 128 grams, which is 15 grams more than its predecessor. Outside water resistance remained unchanged is 150 m (15 ATM). With the maximum depth, has increased by as much as 20 meters and now stands at 120 meters. Work watches of battery CR2450, which should last for 1.5-2 years of work. 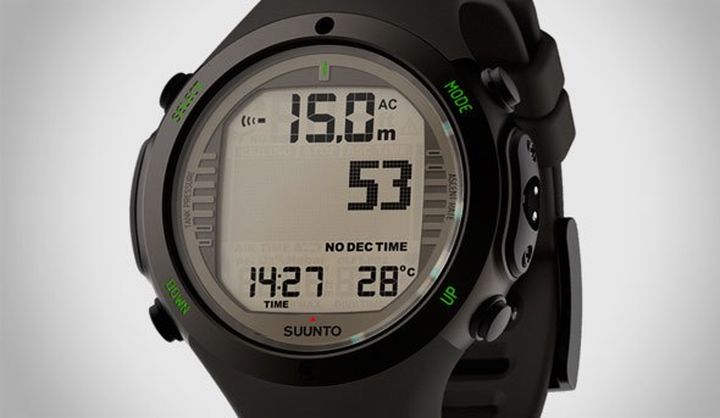 Besides the new design, Suunto D6i Novo has expanded functionality. The new modes added operation. The watches are stands at five operations, including free diving. The integrated digital compass got global balance (the sensor is balanced so as to operate anywhere in the world). 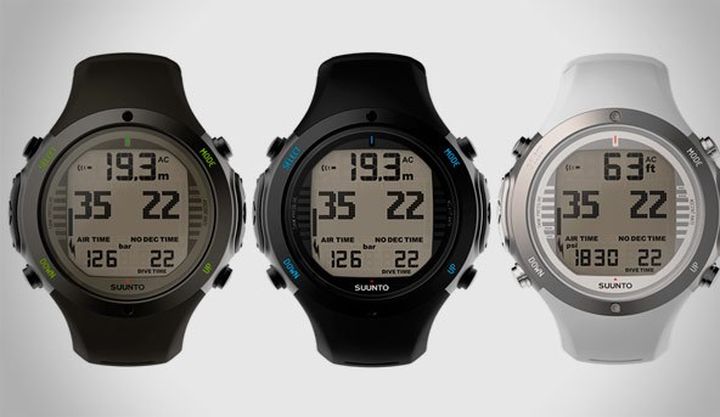 It is possible to fix the parameters of the compass with the activation of the indicator of direction. Expanded capabilities of the device and using the air-oxygen mixtures. It is now possible to determine the allowable dive time by using gas mixtures, as well as to establish a notification about exhaustion of the mixture. 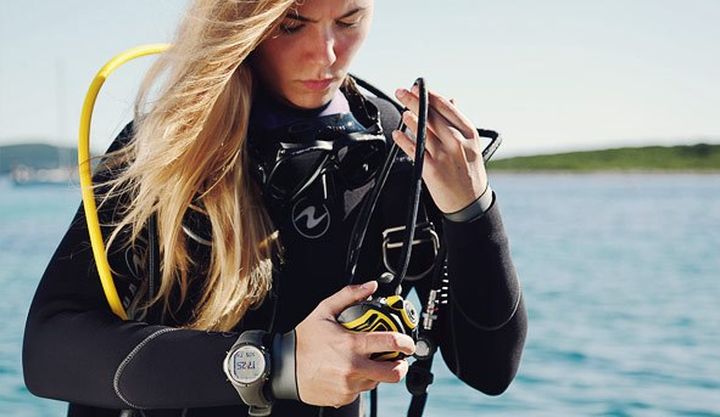