Modern gadgets everything less surprising, especially when it comes to smartphones. But sometimes there are unusual releases, which at once attract attention. New cute mobile robot Ulo just one of them.

What is it Ulo? The compact security camera is designed as a fun owl that blinks and rotates his eyes. At the same time performs many useful functions. And how it does! 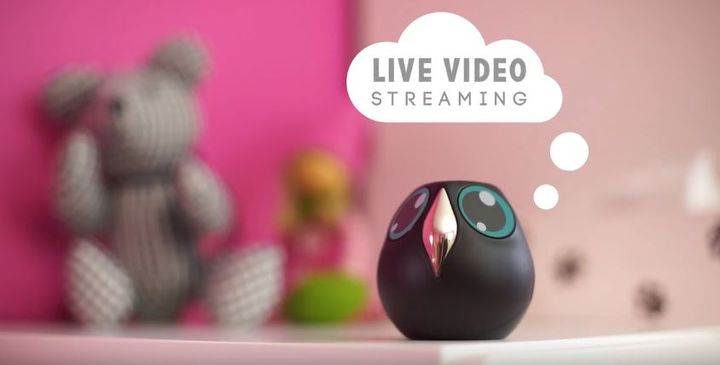 Ulo – much more than just a toy. Cute mobile robot camera that criminals are unlikely to be taken seriously. The device can record video when motion is detected and to send you e-mail. Also, the camera can take photos of your team in your application.

Owl Ulo can cover your eyes if rain soon, or to change their color automatically during the day.

Actually, the camera is positioned behind a transparent beak owl. Its surface is the mirror – the beak is actually collecting lens that expands the viewing angle of the camera. Just below – in microphone; Ulo also has built-in orientation sensors and motion, Wi-Fi-module and a lithium-polymer battery that can charge from USB-port or mains. By the way, when the camera needs to be charged, his eyes taking a sleepy owl expression. The charge lasts for about two days.

Fix device Ulo just anywhere. Suffice it to glue the substrate with four neodymium magnets in the right place on a horizontal or vertical surface. Of course, such a gadget on the street and steal may be, but, first, we still guess that the camera is in front of you, not a child’s toy, second, the camera sends you to e-mail photos of intruders. 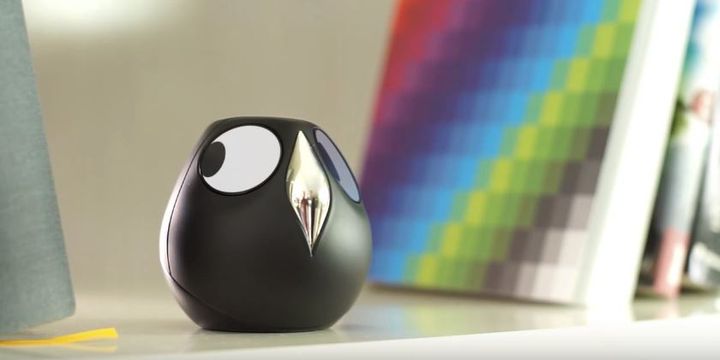 To raise funds for the project authors, from the French startups Metz, opened a campaign on Kickstarter. During the first week, it has raised over 103 million euros of the 199 million needed for the project. Investors cute mobile robot Ulo offer price of 99 euros, on sale, she will appear with a price tag of 199 euros.