Fresh compare smartphone Redmi Note 3 was presented on November 24 in Beijing at a special event of the Chinese company Xiaomi. The unit received a metal body, 5.5-inch screen, and a super-fast fingerprint scanner. 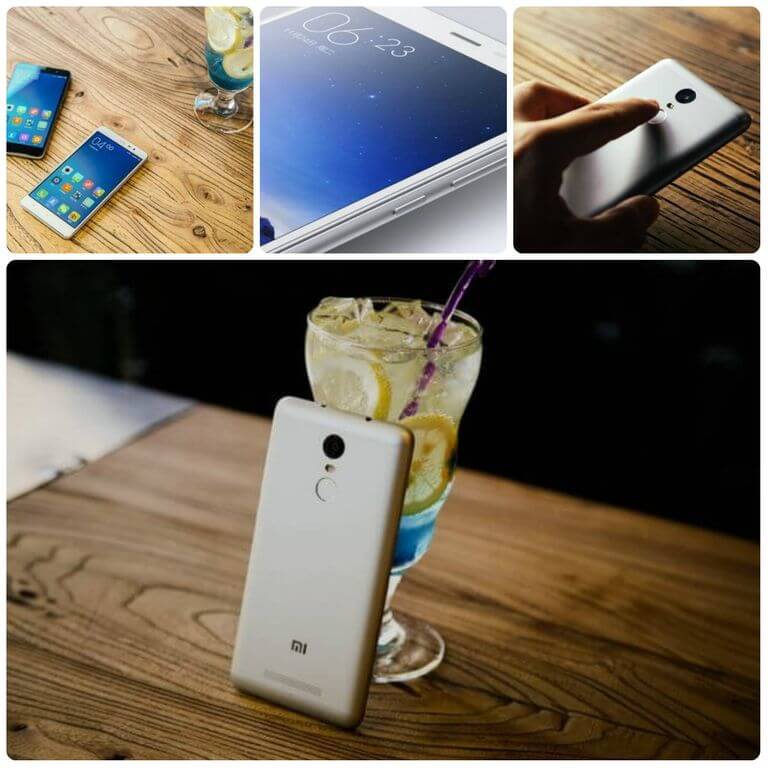 The strength of Redmi Note 3 can be called MIUI V7, and also price, as China’s version of the 2 GB of RAM and 16 GB of flash memory costs $ 140. Smartphone by stuffing refers to the segments above average and the price is the budget smartphone.

The appearance of the device came out very controversial, although there used the metal body, but the design itself raises a number of questions. Also Redmi Note No 3 slot for microSD cards, the memory will not increase.

Fresh compare smartphone Meizu Metal was presented before Redmi Note 3. He received a very attractive display and metal housing. The truth later emerged that the main body material is not a pure metal, metal alloy, and polycarbonate. 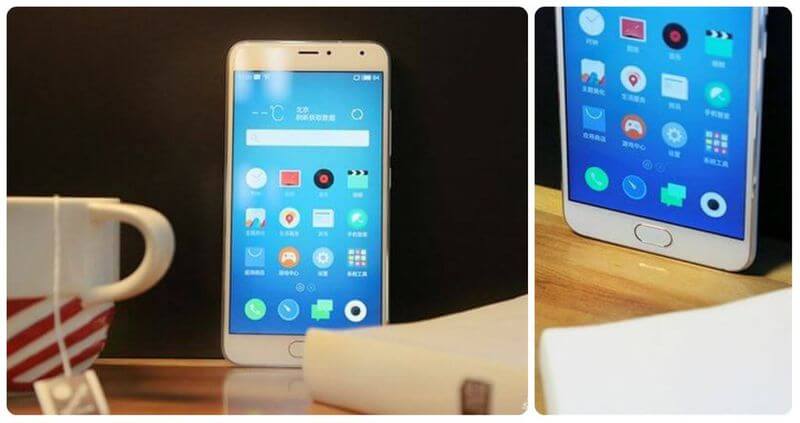 Meizu Metalworking Helio X10 processor paired with 2GB of RAM. Flash memory can be expanded with cards microSD, the slot has a benefit. The strength of the design of the smartphone can be called to him no questions. The price unit in China is $ 170.

Fresh compare smartphone LeTV 1S as Meizu Metal worth $ 170 in China while it works on the same chip as the Redmi Note 3 – MediaTek Helio X10. But unlike its competitors smartphone has 3 GB of RAM. (There is a version Redmi Note 3 to 3 GB of RAM for $ 170). 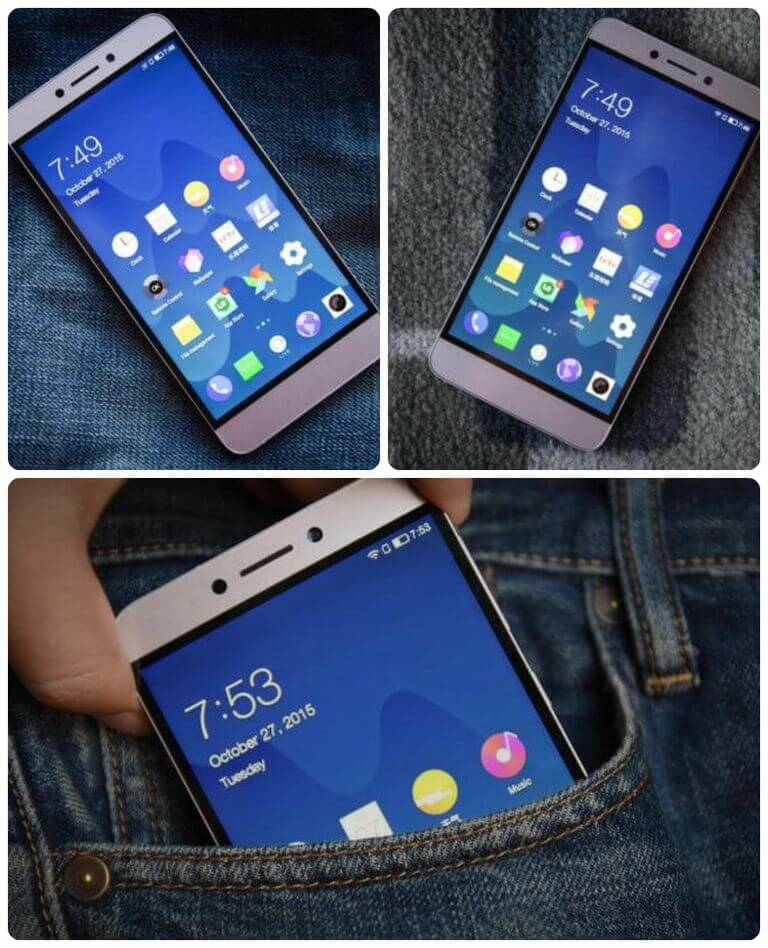 Middle from LeTV has a minimalistic appearance, but its battery is only 3000 mAh, which is less than the Meizu Metal and much less than that Redmi Note 3.

If we compare the weight of the unit, when similar amounts LeTV weighs more than all: 169 grams against 164 grams Redmi Note 3 and 162 grams of the smartphone Meizu. However LeTV 1S the thinnest smartphones, its thickness is 7.5 mm record, followed by 8.2 mm thick Meizu, and then Redmi Note 3 with a thickness of 8.5 mm. 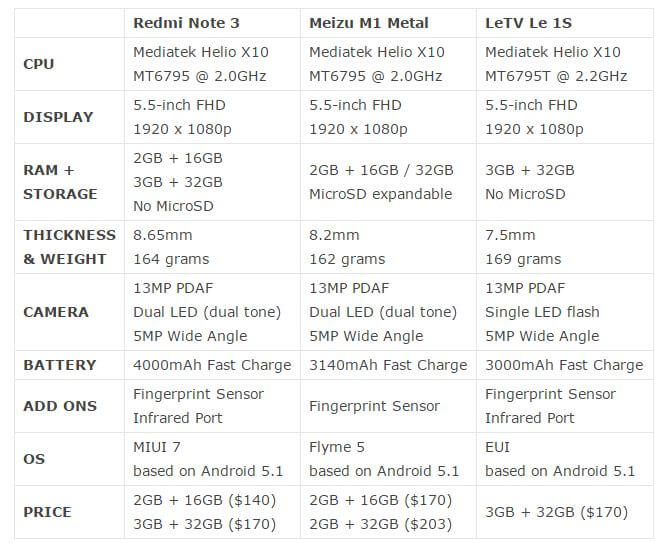 Autonomy depends on many factors – the optimization of the system, and even the mode of use of the GSM network, but if you look at the numbers the battery capacity, the most “long-lived” can be called Redmi Note 3 of its 4000 mAh battery. This is followed by Meizu Metal with a battery of 3140 mAh and closes the chain LeTV 1S with a small battery 3000 mAh.