When the first astronauts aboard Orion will look back at the Earth, they will look into the windows, made mostly of plastic. As Orion was designed to perform missions in an open space with the participation of the people and even the ability to travel Mars in NASA decided it was time to replace the conventional glass windows with acrylic material, which is lighter, less expensive and more durable than glass stood before it, and more suitable for long-term missions.

Until now, all manned US spacecraft was used for “glazing” toughened glass, which was intended to allow the astronauts to look outside, including on distant Earth, with protection from vacuum surrounding space, extreme temperatures and solar radiation, as well as from the extreme heat during the return from orbit into the atmosphere. Anyone who ever broke the glass in the window, or let go cup, would have thought that such a brittle material is hardly appropriate during the flight into space, but, in practice, it is quite reasonable option. 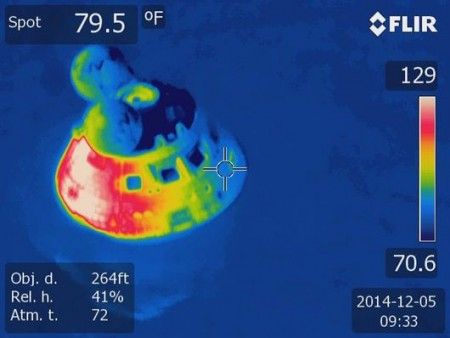 Technically, if anyone knows, the glass is not the hardest substance. This supercooled liquid, which means that it has essentially transparent structure, but is resilient and isotropic material. Glass is also surprisingly durable and able to withstand voltages up to 3 million pounds per square inch. Speaking understandable words, this means that you can do (and people have already made) a sheet of glass, which is currently able to sustain double-decker bus.

The problem is that, without a transparent glass structure must be flawless quality for maximum strength. The reason why ordinary glass used in the manufacture of windows and other cells that do not take into astronauts, is that it is fully due to the technology of its manufacturing and processing. In stressful situations, a tiny scratch in the glass can suddenly turn into a crack propagating at the speed of sound. Therefore, engineers are increasingly opting for high-tech plastics grades.