As part of the forthcoming early in January in Los Angeles at CES 2016 LG has introduced the world’s first robot vacuum cleaner with a system of augmented reality robot vacuum LG Hom Bot Turbo +. The first feature of the new gadget is the ability to remotely control the robot cleaner through your smartphone or tablet using the Home View.

In addition, robot vacuum LG Hom Bot Turbo + can monitor the house in the absence of the home using the Home Guard – for any movement in the house, the robot cleaner sends to the mobile gadget owner photos of the room. 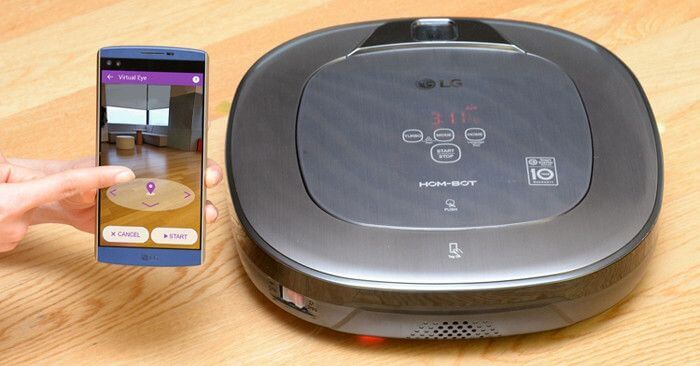 And the robot vacuum LG Hom Bot Turbo + is provided with a camera system Triple Eye and two processors to process information, and has a system of Home-Joy, which allows users to give cleaner instructions for cleaning certain areas of the room using a special mobile application, indicating the area for harvesting right on the screen of the gadget.

The robot vacuum LG Hom Bot Turbo + is an inverter motor Smart Inverter Motor, which is given a 10-year manufacturer’s warranty, as well as software Robonavi, which allows the vacuum cleaner immediately make decisions and avoid collisions with obstacles.