Agonizing wait is over! In honor of the 30th anniversary of Mario, RJ-Romain Jerome launches a collection Super Mario Bros.

The whole essence of the legendary character of the original game Super Mario Bros saw the light in 1985, it is now enclosed in a stylish 46-millimeter case! Mario, dressed in a red shirt and unchanging blue overalls, was captured in his famous jump right over the mushroom. 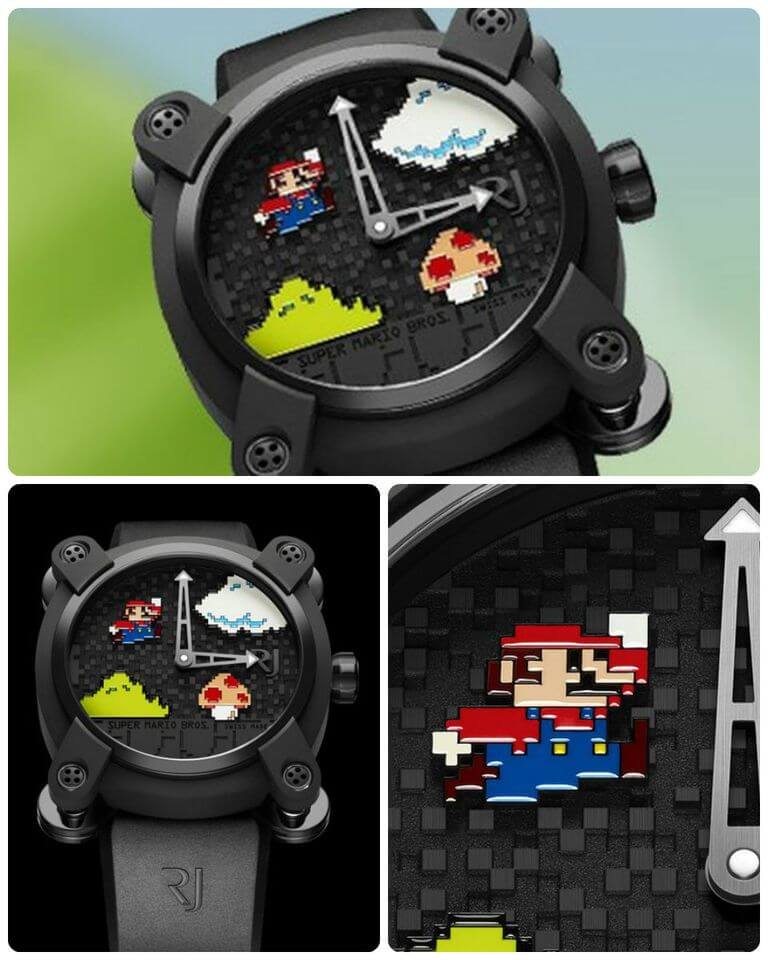 These characters Super Mario captivated a generation of players.

Watch, dedicated to the 30th anniversary of Super Mario Bros., released a limited edition of 85 copies. This amount represents 1985 when the game was released.

These watches RJ-Romain Jerome, issued in conjunction with Nintendo, are a tribute to the genre of video game posting 8-bit era, the first of its kind. 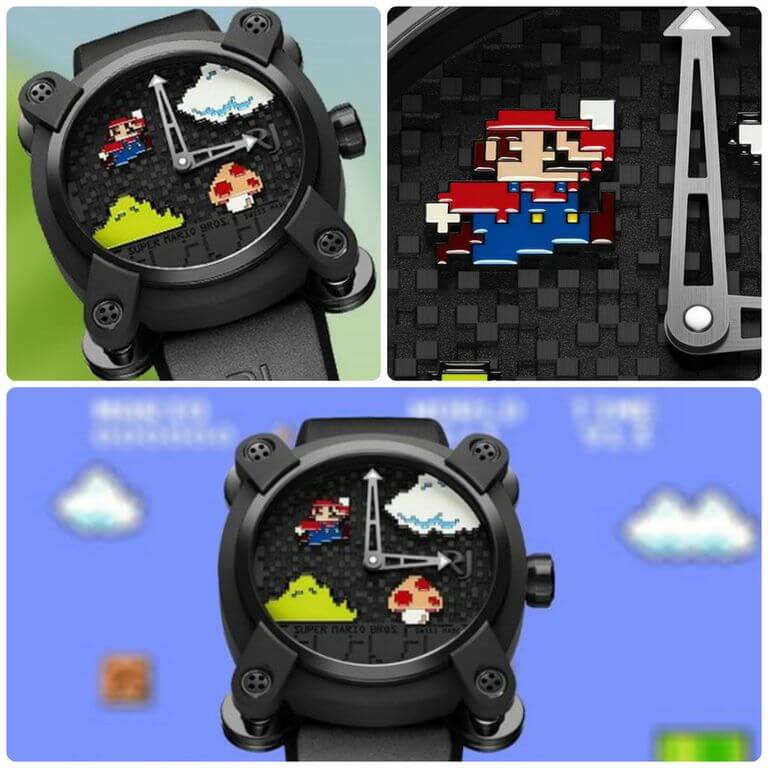 As part of the collection Games, new Swiss watch brand Super Mario Bros. available in a special package – Moon Invader, made of a titanium-coated carbon-black printed on the product with special technology.

Watches are equipped with security screws and ball joints are provided with a Teflon-coated for optimum adjustment at the wrist. On the back of the medallion embedded Super Mario Bros. Adjacent to the pixel texture starry pattern. 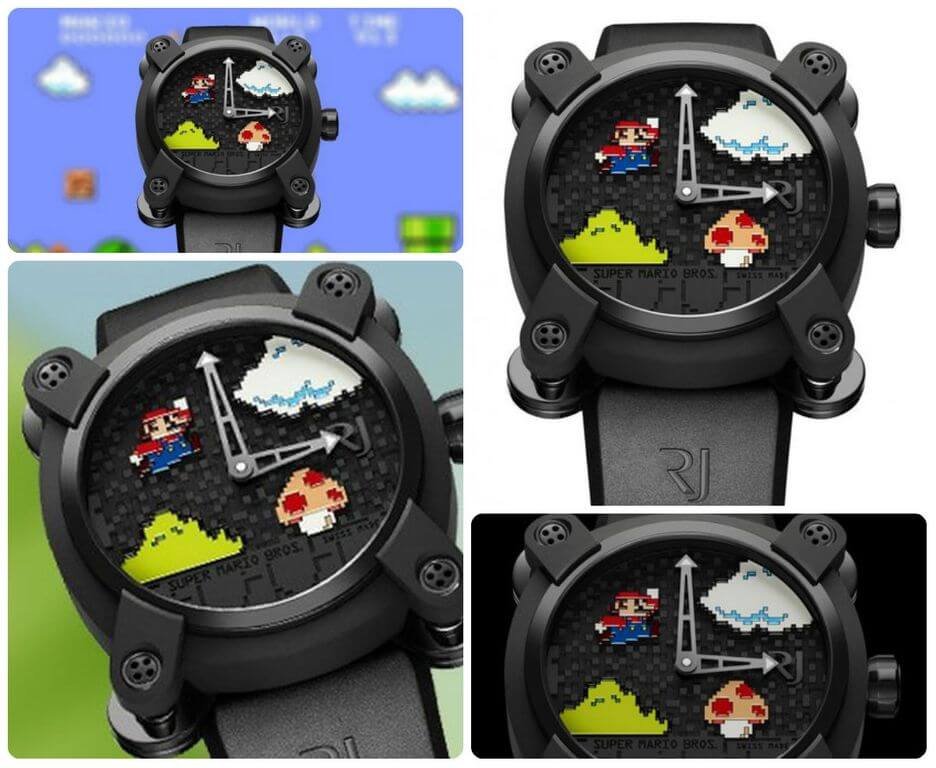 To emphasize the pixelation with perfect geometric shapes, the deal was built on a complex layered plate with three different textures visually possible to create a 3D-effect.

Each application, whether it is a character or environment, was made a master, painted by hand, and then gently set on the dial. Painted enamel in several layers will add even more prospects in the ensemble.