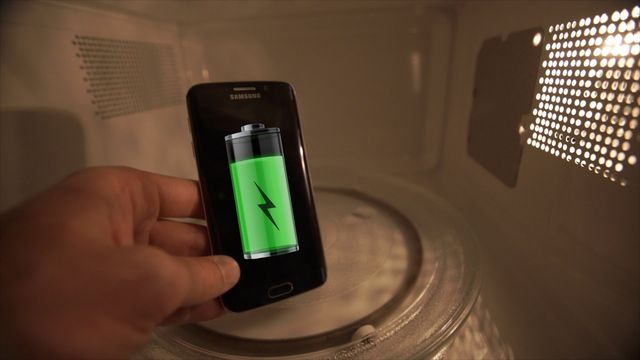 A couple of years ago on the web spread the theory that the iPhone can be charged in the microwave. Said that the device, depending on the model, requires 20-30 seconds to dial 100% charge. A charged whether in the microwave Samsung GALAXY S6? Video blogger who had once cooked South Korean flagship, decided to check it out. The first call is limited to five seconds. Unbelievable but true: The battery charge has not increased to 110%, as we author the video - it fell from 74% to 69%! Second run lasted a little less, but the charge again fell by 5%. . Note that the short-term torture South … END_OF_DOCUMENT_TOKEN_TO_BE_REPLACED