The site was discovered by producer page to the characteristics of the new smartphone market BlackBerry Priv. Device parameters, which should be the flagship of the brand, in line with expectations. Recall that in selling BlackBerry Priv to appear in November 2015. 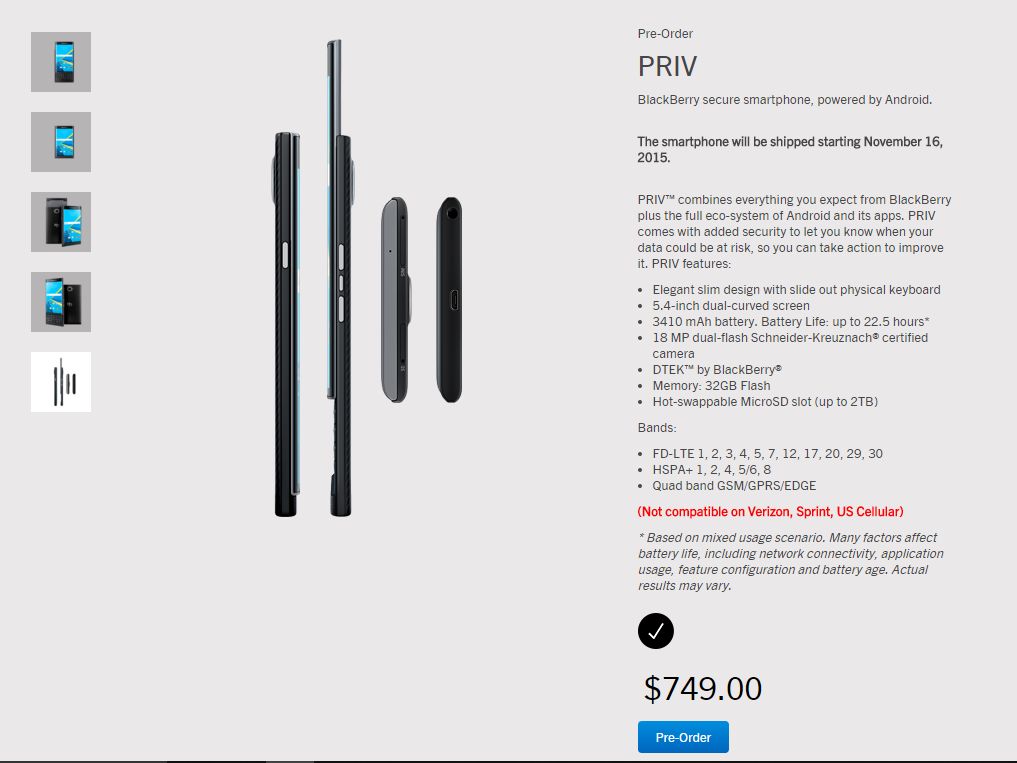 Cost flagship smartphone market BlackBerry (version for USA and Canada) is 749 dollars; It also indicated a specific date to market – on November 16th. As expected, the core processor will Priv Qualcomm, but not top-end Snapdragon 820 chip and six-core Snapdragon 808. But, all the same characteristics of the solid 3 GB of RAM, 32 GB of internal memory and support for microSD card capacity (attention!) To 2 TB. 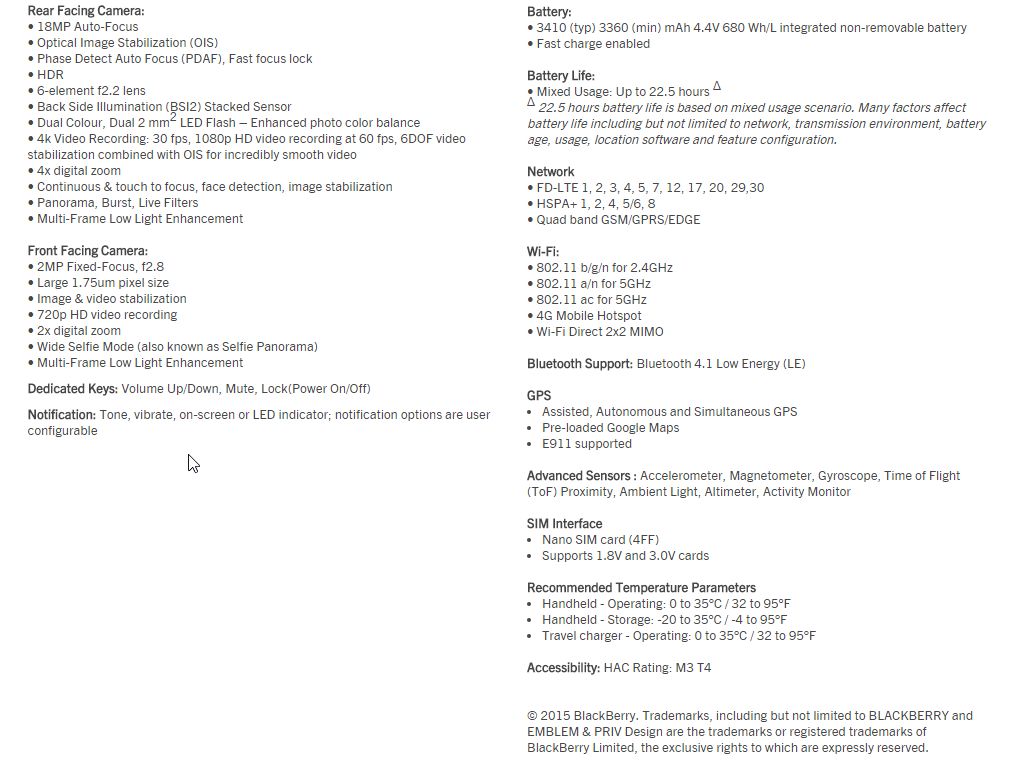 The screen of the smartphone market will be curved, as was shown in the video with CEO John Chen (John Chen). However, the diagonal of its screen will be at the 5.5 inches, and the 5.34. Protected by a plastic AMOLED-display glass Gorilla Glass 4 and has a resolution of 2560×1440 pixels. It is worth noting that a smartphone produced in anticipation of winter can be used with a stylus and gloves. 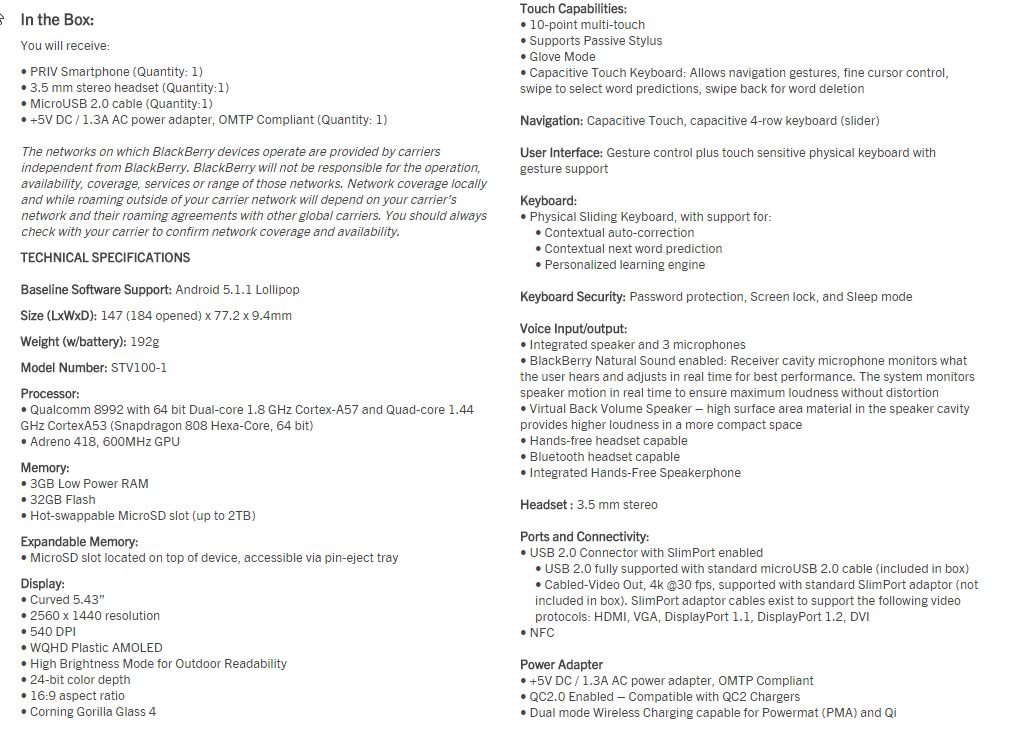 But the main feature of smartphone market BlackBerry Priv will still physical keyboard – BlackBerry true to itself. The size of the keyboard – 37h77,2 mm, so that typing on it require some skill. Work on the device is the battery capacity of 3410 mAh. Energy according to the manufacturer, will last for 22.5 hours, however, in what mode is unknown. 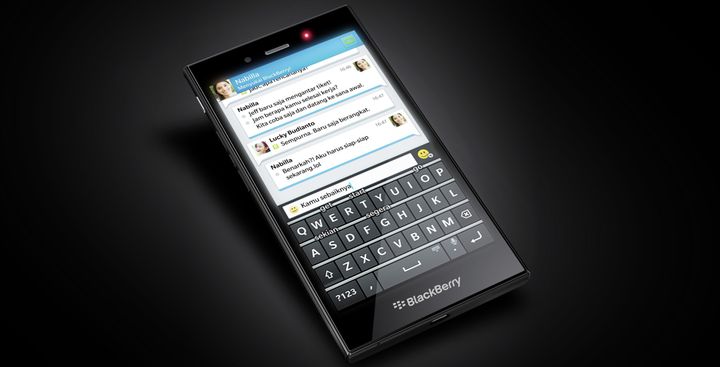 The smartphone market BlackBerry Priv have two cameras  – the main resolution of 18 MP with an aperture of f / 2.2, six-element lens, dual flash and optical image stabilization, which can shoot 4K video at up to 30 frames per second, and the front 2-megapixel with an aperture of f / 2.8 and a resolution of 720p. Implemented in smartphone technology and NFC, but it is not clear whether the device supported Android Pay.