Every year surprises us with something new, and what yesterday seemed impossible, today introduced new models of smartphones. Of course, flexible screens, folding into a tube and a battery with an infinite charge – it is still in the future, but in smartphones 2015 there was also a lot of innovative solutions that make our smartphones more functional and comfortable.

Perhaps the most significant innovations introduced in smartphones 2015 became the iris scanner. Microsoft decided to stand out from the competition, and introduced to its flagship smartphone Lumia 950 and Microsoft Lumia 950 XL technology Windows Hello, able to identify the user’s identity iris. To unlock the smartphone simply look at it: a smart sensor immediately determines the owner in front of him or an attacker.

These biometric data is compared by means of complex mathematical calculations to the EMI, which is stored on the device. The device will be unlocked for two seconds. It is worth noting that the system works even in the very low light. If, for some reason, the recognition fails, the device can be unlocked in a standard way – using a PIN.

In Microsoft argued that the scanner cannot be deceived photograph or any other imitation, identification may take only a living person.

As for privacy, Microsoft said: “This system was designed primarily to protect the user: photo facial or irises are not stored anywhere and the authentication process operates without sending biometric data anywhere outside of the device. The system is able to recognize the membrane of the eye, even if the user wears glasses, and so precisely that no one but the owner of the device will not be able to bypass this protection mechanism.” 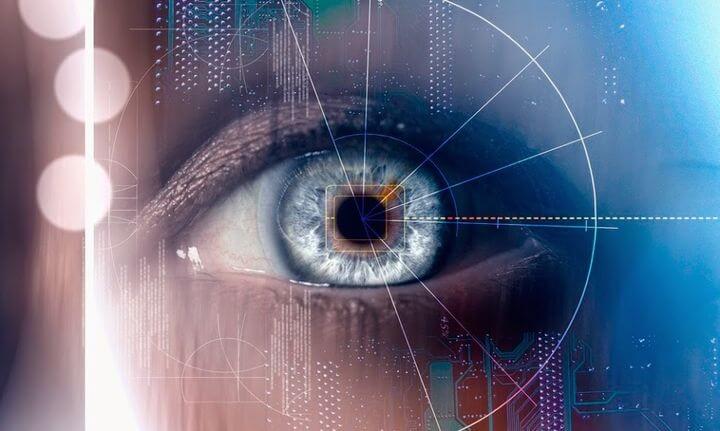 However, Microsoft – not the only company, which in smartphones 2015 introduced with the scanner of the iris. Running an operating system Android, the smartphone Fujitsu Arrows NX F-04 is also equipped with a system of authentication, scanning the user’s eyes. Iris Passport system is capable of unlocking the smartphone in just 0.6 seconds, and all you need to do – just look at the screen when running the page lock. Iris everyone strictly individual, so protection based on its scan, it is much more reliable than password protection, because the password can spy or to pick up.

The first version of the bus Universal Serial Bus (USB) was introduced in 1995. USB has become the most popular interface in the history of computing, but with the advent of the new connector USB Type-C, our understanding of the opportunities and the role of a universal tire could change. 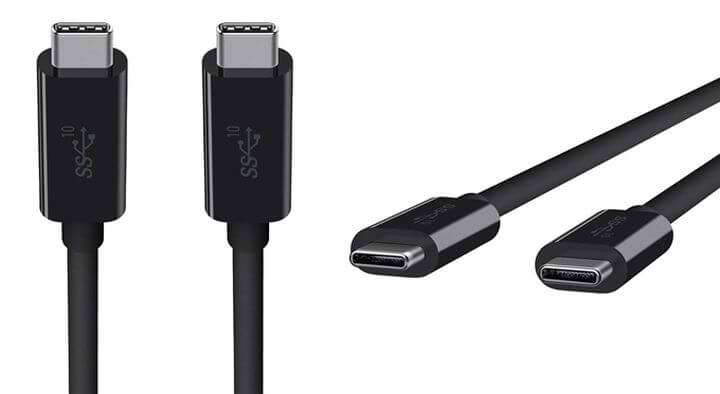 USB Type-C was coined a few years ago; but only now, this type of connector began to gain popularity. The first thing that distinguishes the new connector from previous versions of USB is symmetry. Because of this, users no longer need to suffer and see which way to turn the connector to connect the device. In addition, USB Type-C supports a higher voltage than the previous version, so in the near future, it can be used to charge even laptops. 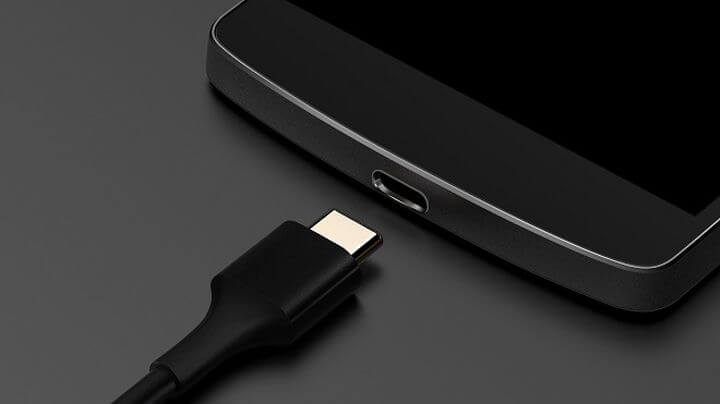 The main means of managing today’s smartphones – it’s touch screen. Earlier ways to interact with the screen of the smartphone was a little: a simple touch, touch and hold, and swipe.

In smartphones 2015, Apple surprised everyone with the iPhone 6 and iPhone 6 Plus, which has implemented the technology 3D Touch, allows you to use the tap on the screen with different force to access different functions. This technology works on the same principle as in ForceTouch laptop trackpad MacBook.

It should be noted that in the market there is another smartphones 2015 with similar technology – Huawei Mate S. At IFA 2015 held in Berlin, the screen of the smartphone was used as weights for orange than demonstrated the ability to determine the force pressing.

Most likely, the new generation of the flagship of Samsung Galaxy S7 will also receive the screen senses the force pressing. It will operate by analogy with the 3D Touch technology from Apple.

Motorola has in smartphones 2015 introduced a smartphone Droid Turbo 2, which, according to the manufacturer, is “the world’s first phone with a shatterproof screen.” On the company’s official website reported that the screen of the device is protected by technology ShatterShield. 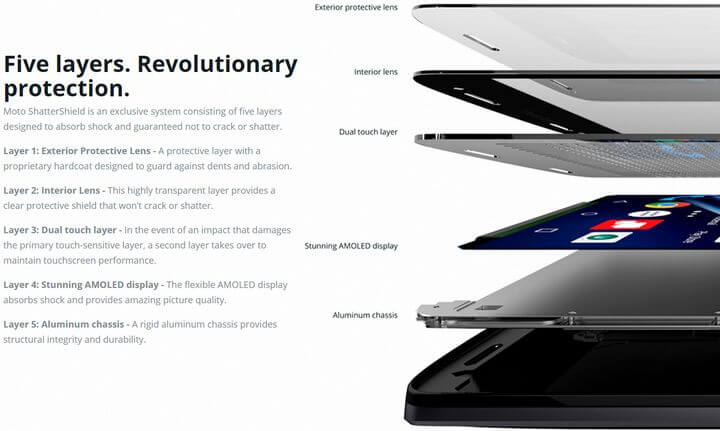 The coating consists of five layers, which protect the display from cracks and breakage when dropped. When one layer of the display gets damaged and stops functioning, it is replaced by another.

The manufacturer guarantees the durability of the screen for four years.

The journalists from the publication Venture Beat novelty tested in practice, confirming the strength of the display. The screen of the smartphone did not break even after 30 downs, but it was seen small scratches and small cracks at the edges.