GoPro Company announced the launch of the program GoPro Awards, which will allow the authors of the best GoPro videos from the camera on the same name, one-time gain as rewards, and royalties. Reported TJournal has cited the official website of GoPro.

GoPro Awards – this year-round program in which users GoPro will be able to send the company clips in different categories (such as “Animals”, “Motorsport”, “Music”, “Family” and “Action”), and perform special tasks (for example, “Best Trick”, “The most incredible drift” or “Family Travel”).

You can see the best GoPro videos on YouTube below:

These Awards is not only the premium but also a program of licensing content. Each user who sends his work in GoPro gets right to the license. But the company will retain the ability to in any way modify the submitted photos and videos. 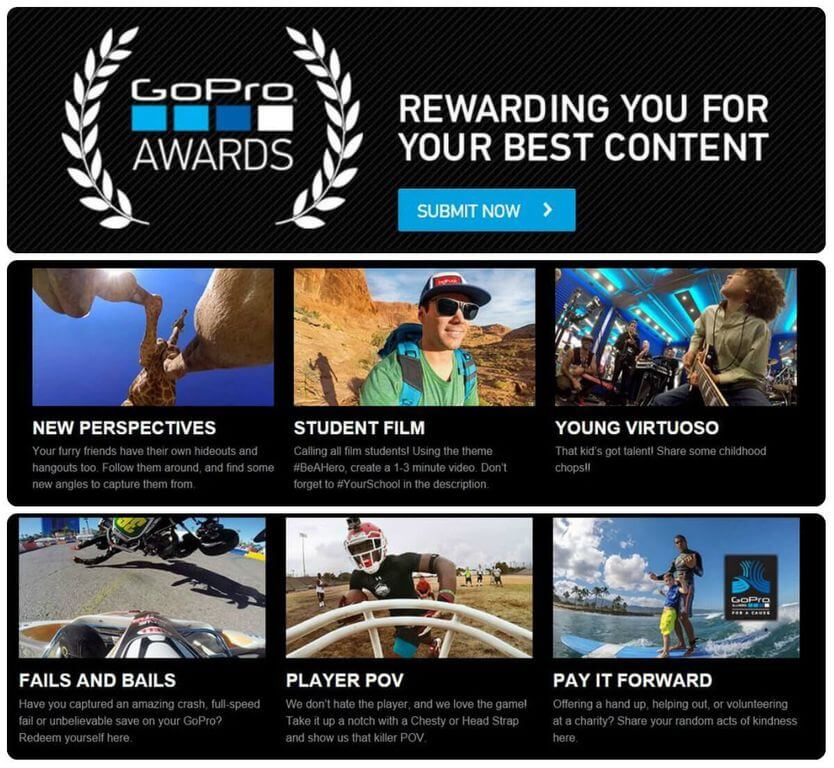 In the case of the best GoPro videos advertising or, for example, a television program, its author will receive monetary compensation from GoPro. However, these conditions concern only the clips that do not use a license that is protected music, as well as no foreign author for people who can be recognized by their appearance.

According to the head GoPro Awards program should only strengthen the success of the most popular action camera in the world; users will create more high-quality content, which, in turn, will attract new users.