Samsung is actively working on the development of a plurality of directions, including wearable electronics and batteries. And when the first direction met with the second, the manufacturer realized that the current solution is not possible to establish high-capacity batteries in small electronic gadgets. But the company has a solution – the flexible batteries.

The main features of the new flexible batteries from Samsung

Samsung engineers have developed flexible batteries that can be bent in any direction. The basis they took a wire made of these tapes, and output have new flexible batteries that resemble the strap. According to the manufacturer, this decision will increase the battery life of the existing wearable electronics and a half times.

The flexible batteries have been thoroughly tested – Samsung said that in the process of testing new flexible batteries was bent 50 000 times, leading them to the shape of the curvature of the human wrist. Even the tests did not affect the performance of the new development. Moreover, the technology can be used in the near future, as the manufacturer has shown prototypes and hours with these batteries.

In theory, this technological solution will be embedded in the device straps to take up all the available space under the battery. There were no significant breakthroughs in matters of energy consumption of flexible batteries have not been for a long time, so long as manufacturers have to increase the size of a battery that smart watches and fitness trackers are not so easy to do. 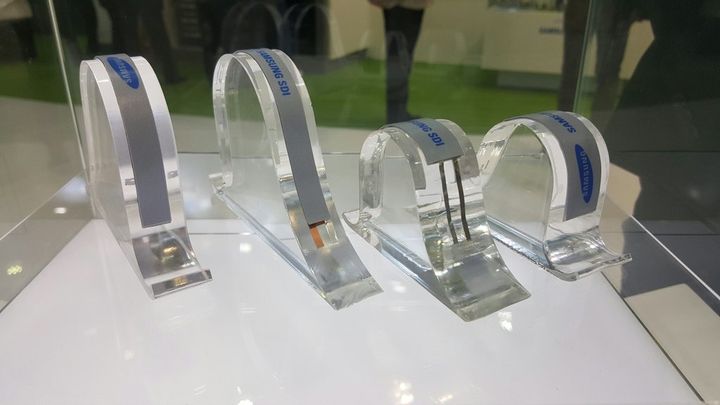 Note engineers are trying to create not only flexible batteries, and microprocessors, and displays. Apparently, in the coming years the company wants to move away from the race diagonals and permits in the mobile technology and thinking hard to bend everything that is possible. The LG are ready to show the TV, which can be twisted together into a roll. Everything goes to the fact that the stores will sell not running meters of fabric, and smartphones, computers, and televisions.