Due to the special acoustics users to turn their computers into the true home audio system. In the Device-boom can find a large number of different models of multimedia speakers for computers that are built on the schemes 2.0, 2.1, 5.0 and 5.1. We present our top 5 audio systems that work well in tandem with the computer. 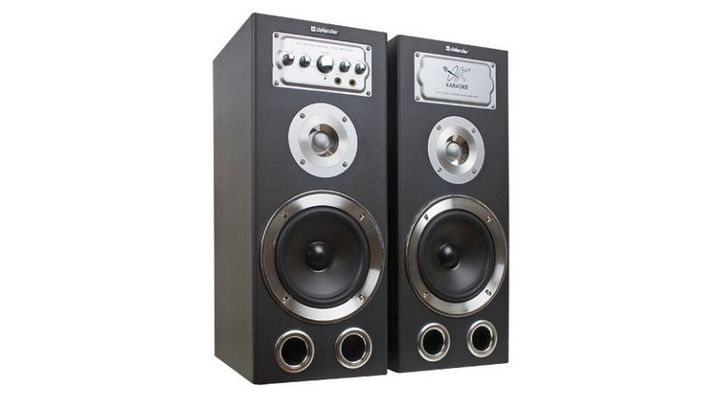 Speakers for computers Defender Mercury 55 are primarily designed for use in tandem with your home computer. This is a two-way speaker system, whereby the sound is highly detailed. To achieve the highest quality sound, the user must have the appropriate audio card in your PC. The acoustics can change the tone in the high and low frequencies – a necessary regulator is located directly on the control panel. The model is equipped with two inputs for microphones and reverb. Shoppers will appreciate the attractive design of the speakers and their high-class audio for the power component in the amount of 60 watts. 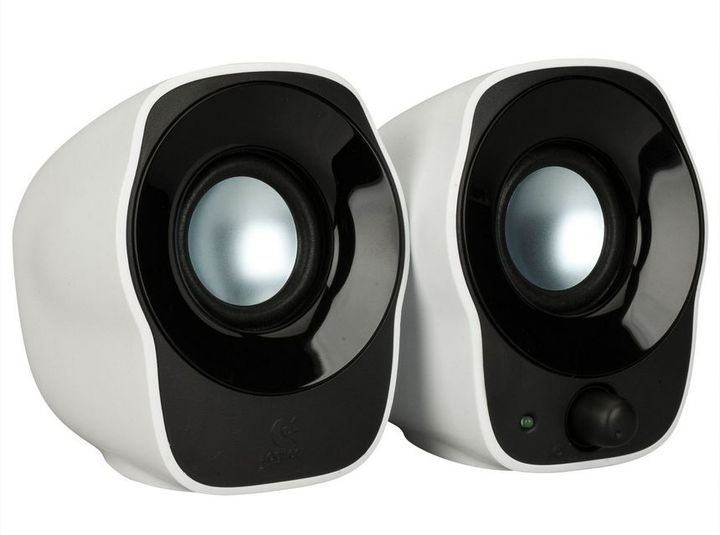 Logitech Z120 – this compact and affordable speakers, which feature a power supply system from USB. This type of operation is particularly suitable for use with a laptop. Small size (110 x 94 x 88 mm) and weight (660 grams) also allow you to easily transfer column and take them, for example, on the road. Of course, one should not expect from Logitech Z120 high-power and ultra-sharp sound, but for their cost this is a very worthy home model for daily needs. 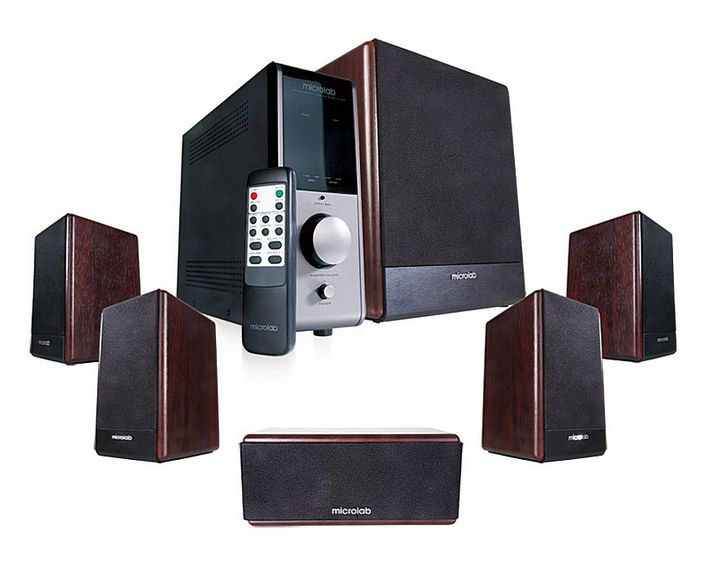 Speaker System Microlab FC 730 is intended primarily for work in tandem with a personal computer, although it is able to act as speakers for video. The model is based on the 5.1 scheme, which provides the depth of sound and excellent pan. Despite a large number of columns, the system Microlab FC 730 is generally compact, so the problems with the transportation will not arise. I am glad and very high total power of 84 watts. Included with this acoustics is a remote control with which you can adjust all the parameters. The system has a loud sound and detailed bass, thanks to a separate subwoofer. 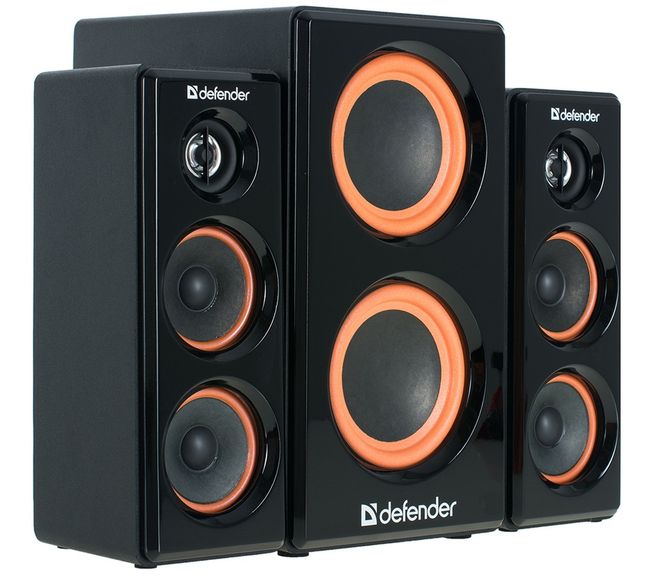 If ordinary black speakers for computers seem to be too boring, then you should look at the Defender Avante X35. This speaker stands tabs on the speakers, which are painted in the bright orange color. Technical characteristics of the model at the level: total capacity of the 2.1 acoustic system is 24 watts. Defender Avante X35 among many different models of the same class the absence of any extraneous noise: the speakers do not emit unnecessary sounds from your computer if no signal is received. In the front speakers are built by three speakers, the sound that comes through the two-way system. As for the subwoofer, it is equipped with two woofers with a diameter of 127 millimeters. Overall, this is a very successful model in terms of price and quality.

System Sven IHOO T100U has a traditional appearance and is made of high-quality plywood. The model boasts a high total power of 150 watts. The audio system comes complete with a remote control, through which the user can adjust the distance to a variety of different settings, including the bass and treble. Sven IHOO T100U equipped with additional functionality in the form of a built-in FM-module and a music player with an SD-card or USB-drive. The system outputs a loud and clear sound, with a large number of columns provides high-quality pan.