Technology Research Unit for naval units (ONR) recently held a demonstration of its new development – swarming unmanned aerial vehicles (UAVs) in different areas last month. Demonstrations have become part of the preparations for the introduction into service of low-cost UAVs operating on the basis of “swarming technology» (LOCUST). This is a program that develops technology for the rapid deployment of an entire group of drones who served the enemy forces from the air.
We have seen many developments that allow the UAV to gather in groups to work together. For example, the creation of these lovely mechanical applied to build a multi-storey building, have a light show or illuminate some huge and pompous event with thousands of participants on a wide territory. Not surprisingly, the main forces of modern super-powers also recognized the potential of the swarms of drones, because the drones LOCUST ONR and have been designed to share information with each other directly in the air to allow them to work independently in the performance of protective or offensive missions. 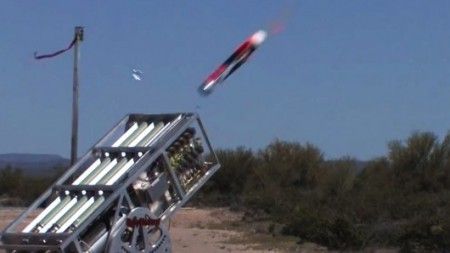 Also, this technology will keep people safe during the maneuvers. The technology is expected to its creators, also frees staff from the management and control of the data to experts could do something more important and useful. This is not talking about the economic component of the project. According to preliminary estimates, this flock, even tens of drones will cost several times less than one huge tactical aircraft.

LOCUST system is in addition to the drones and more of the launcher, which is able to run several drones with sufficiently high “rate of fire”. The ONR said that the small size of such a facility, and the drones themselves mean that such a system could be used to launch miniature UAVs from ships, tactical vehicles and even airplanes, or even larger unmanned platforms.