Excitement around the recently announced Samsung’s flagship does not subside. Recently been “stretched” proprietary applications, and now enthusiasts from Xda-developers have stated that the way to replace the battery by hand Samsung Galaxy S6 is, but a complete and detailed instructions with pictures are in the User’s Guide. It should be noted that this method is better to use as a last resort and for the help, contact authorized service centers, as there is the possibility of damaging something important and void your warranty. 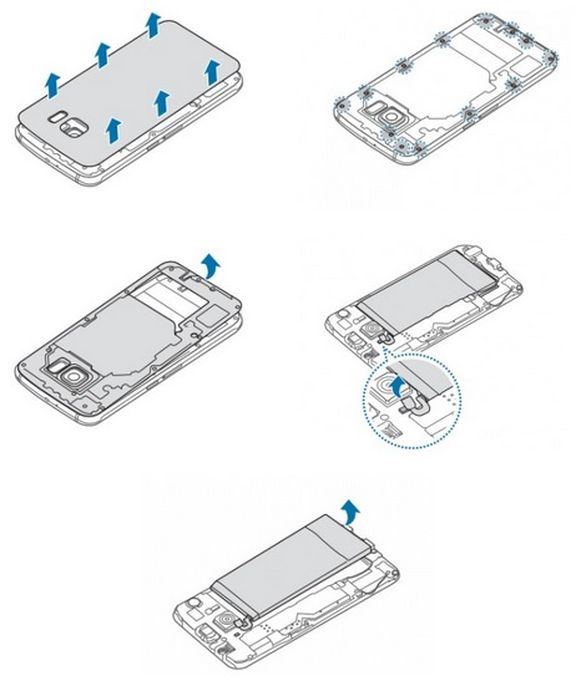 In order to produce a “showdown” and replace the battery in the device, follow these steps:

As you can see, nothing really complicated about it, but the procedure for replacing the battery, has become more complicated in comparison with the previous flagships. In any case, before replacing several times better read the instructions carefully and act with confidence, because no one is responsible for your actions.