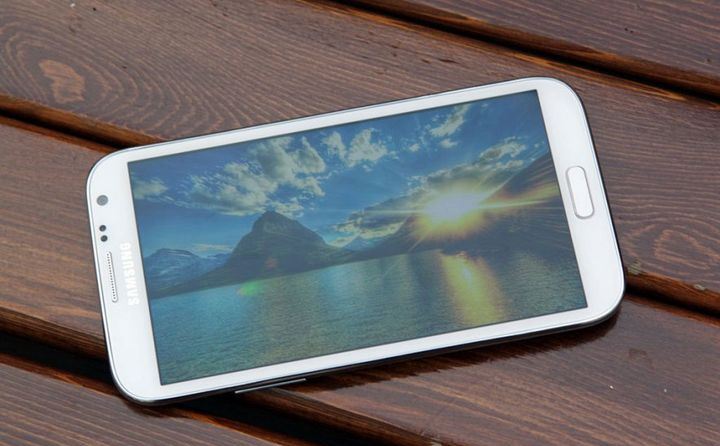 “Smart” phone, and so, as you know, the word translated smartphone, all should be able to – to photograph, to penetrate to the Internet, understand the geography and, of course, stop bullets, thus saving the life of its owner. Unfortunately, the device after a firefight always comes into disrepair. That’s what happened with the Samsung GALAXY Note 2 in Thailand.

Wonderful news came from Thailand. Old Samsung GALAXY Note 2 saved the life of the local police, taking the brunt of the bullet and thereby significantly reducing its speed. Is in a holster on his belt device, of course, did not survive – it was broken through. But the thing that inflicted the wound custody order was no longer fatal.

The history of the miraculous salvation spread throughout Thailand and came to the local office of Samsung. The company promised the police to issue a new GALAXY S6 instead of the old Phablet, taking care of all the costs of transport to a lucky unable to come to Bangkok for their new devices.

– I am, of course, accepted the offer and will certainly go to Bangkok for a new phone. My wife already knows. I’m just happy that Samsung learned about my story. Usually, smartphone hanging on my belt on the left side, and it saved me. The bullet struck the machine, I fell to the ground and was able to return fire – shared experienced a rebirth police officer. 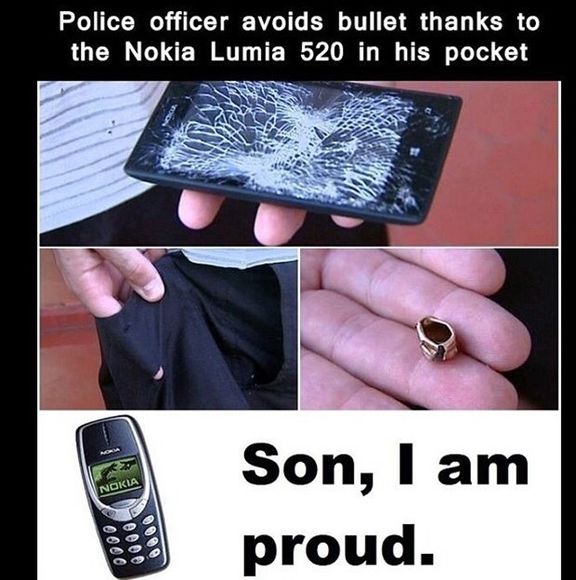 This is not the first time that the smartphone saves its owner from dashing bullet.

Last year, played the role of a shield Nokia Lumia 520. The device has saved from the death of the Brazilian police, literally stopping the bullet, as it makes the body armor. Constraining element acted battery. 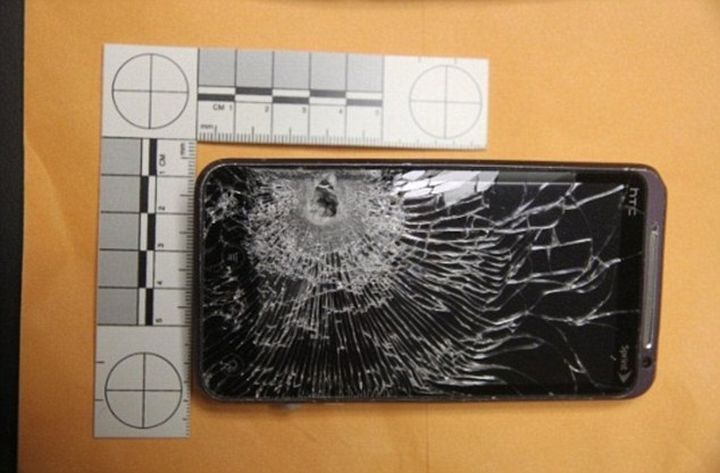 A year earlier, selflessly sacrificed himself HTC Evo 3D, saving its owner – the seller with refueling in Florida. Like the Nokia Lumia 520, the hero of this story also delays bullet. 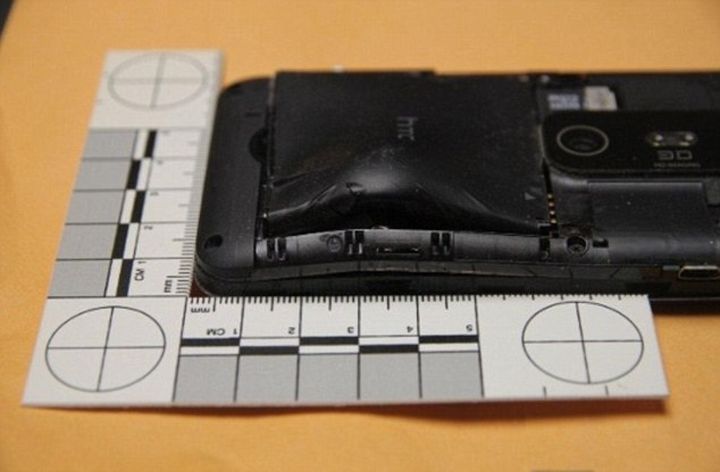 In 2013, the life of an American soldier in Afghanistan rescued iPhone. Device changed the trajectory of a bullet, not allowing her to get into the artery. A young man is so grateful to my smartphone, now never parted with his picture!

A year earlier the same case with the iPhone became a lifeguard phone Nokia X2. Thanks to this simple “dialer” survived its owner, who, being at the forefront in Syria, he decided to shoot the story, holding the device at the mouth. The bullet went straight into the mobile phone, stuck in it. 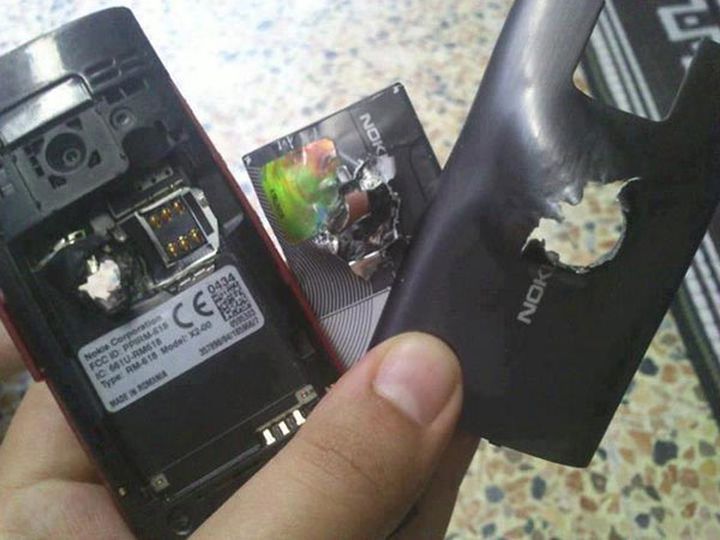 And in 2010, died heroically smartphone BlackBerry. He saved a young woman from Ohio. She had dinner with her boyfriend, when his gun involuntarily shot. The bullet entered the “Ezhevichka” without causing her owner almost any harm. The device also remained forever in the memory of the World Wide Web.