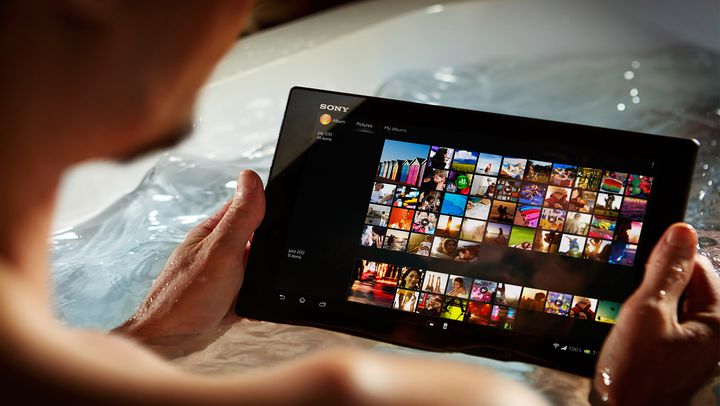 Sony has this year at Mobile World Congress in 2015 did not bring a new flagship smartphone, but without the high-profile announcements not done – was presented to Sony Xperia M4 Aqua design Xperia Z3 (review), and in every sense of the flagship tablet Xperia Z4 Tablet. The cost of new items, as was evident from the characteristics to be high, but it has now become clear exactly how much will it cost tablet.

French Sony site presents not only a description of the company’s new tablet, but the listed prices. Tablet with 32GB of memory and without the support networks of the fourth generation will cost over 559 euros, regardless of the color device. If you buy a gadget with branded keyboard included, it would cost much more expensive – 659 euros, then the buyer is limited only by the black unit that is most likely, with the color of the keyboard. 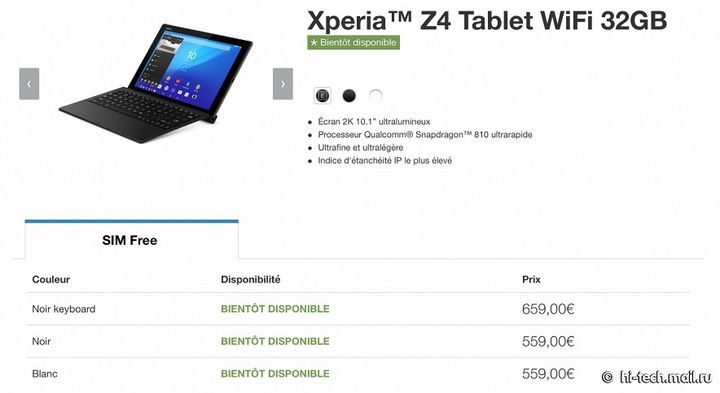 LTE version may be much more expensive – if you look at the price of Xperia Z2 Tablet, then the model without the support of work in mobile networks with identical memory worth 150 euros cheaper. In the case of identical pricing policy, Xperia Z4 Tablet c 32 GB of memory and LTE will cost 709 euros, and the version with the dock – 809 euros.

It is not known what will be the price of Russian Xperia Z4 Tablet, but Sony gadgets in America valued highly enough. Doubts about the emergence of new products in the domestic market almost gone – in Russian online store catalog appeared a page dedicated to the new product marked “coming soon.” It is not known whether the version with localized physical keyboard is available for sale in Europe.

We recall such a serious amount will need to be to pay for a 10.1-inch display with a resolution of 2560h1440 pixels (300ppi), 64-bit eight-Qualcomm Snapdragon 810 c 2.0 GHz and Adreno 430 graphics accelerator, 3 GB RAM and 32 GB of internal expandable memory, 8-megapixel main and a 5-megapixel wide-angle front camera, battery 6000 mAh (Sony promises up to 17 hours of video playback) and the extraordinary lightness and “harmony” – 389 g and 6.1 mm, respectively.