Japanese giant Seiko watch this week announced the release of a new series of chronographs dedicated collection Precision Sky. The series received a long name new watch Seiko Prospex Radio Sync Solar World Time Chronograph will initially consist of three models of quartz chronographs (SSG001, SSG003, SSG005), which between them will differ only in color scheme and type of strap.

A key feature of the new series SSG00X, as has been clear from the title, is to bring together in a single product time technology (towers are located in the USA, Japan, China, and Germany) and solar charging technology for the built-in battery with energy-saving function, working in tandem with a new quartz movement 8B92. 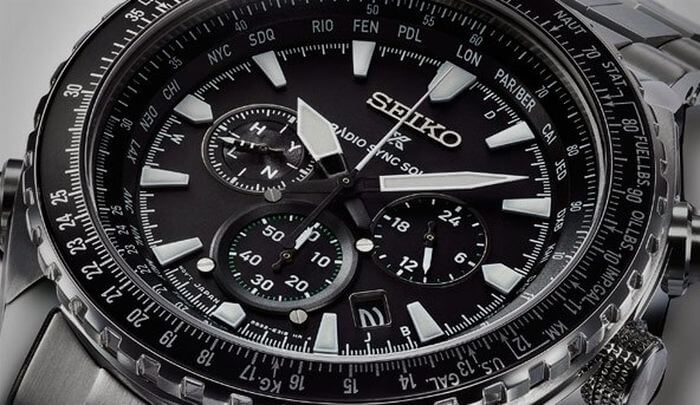 The body and the rotating bezel new chronograph made of stainless steel, the maximum diameter of the housing 47.8 mm; thickness 14.5 mm. Analog Dial protects dense hardened Hardlex mineral crystal with anti-reflective coating. To fix the hours on the hand models SSG001 and SSG003 an adjustable steel bracelet, in the version used SSG005 strap made of genuine leather and steel buckle. Water resistance is declared at 10 bars (100 m). 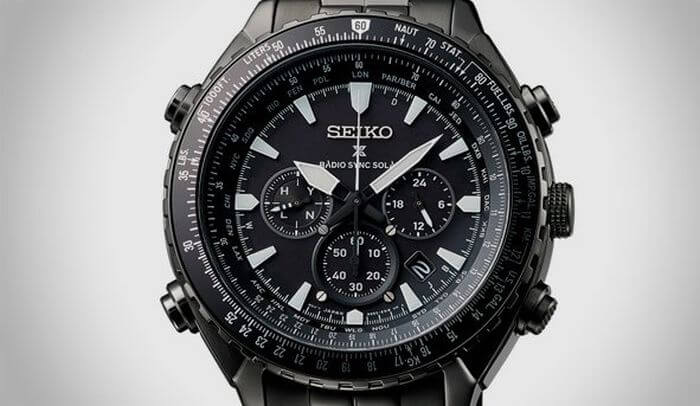 Design chronographs, in addition to displaying the current time and day of the month, includes a scale to determine the time in 25 time zones, as well as the scale for measuring the stock of fuel, distance, weight and speed. Arrows mark and processed fluorescent compound Lumibrite. 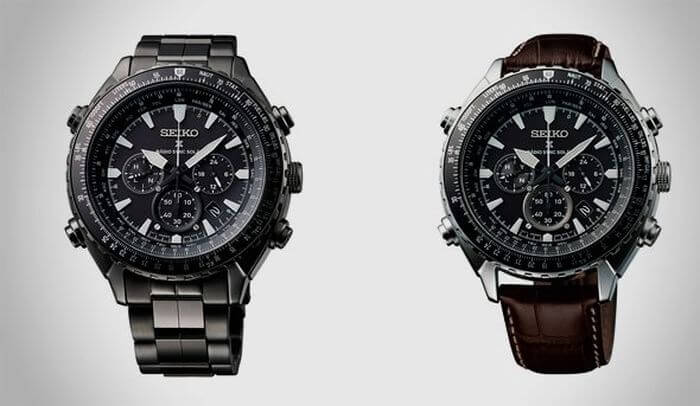 All three models are chronograph new watch Seiko Prospex Radio Sync Solar World Time Chronograph should appear in retail sales in August this year, announced suggested the retail price in the range of 640 and 730 euros.