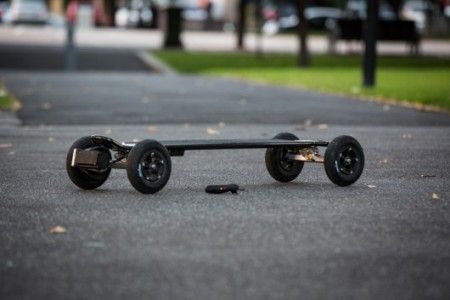 Jeff Anning once sat on the beach and watched the movement of the waves of the warm twilight one evening in 2008, when someone "buzzed" by his long board with wheels, which was installed motor. And the moment was truly the key to it all started, as was laid down in the fertile soil of the creative seed of his many years of work on the creation of an electric skateboard, which he called Evolve 2 in 1 Carbon. Since launching its first project - Electric Pintail in 2012, the designer continued to refine his idea of what the electric skateboard should be. … END_OF_DOCUMENT_TOKEN_TO_BE_REPLACED