Brand Fenix has introduced a new version of one of the most compact and light torches – the Flashlight LED Fenix E15 model 2016 Edition. LED Flashlight updates the look, slightly increased in size and substantially added to the power and range of illumination. The new version is done in a sealed (IPX8) aluminum body with the black anodized coating, mineral glass protects the LED. The total length of the lamp increased to 64.8 mm, the maximum diameter of the bezel of 22 mm and weight of 29 grams.

The features of the Flashlight LED Fenix E15 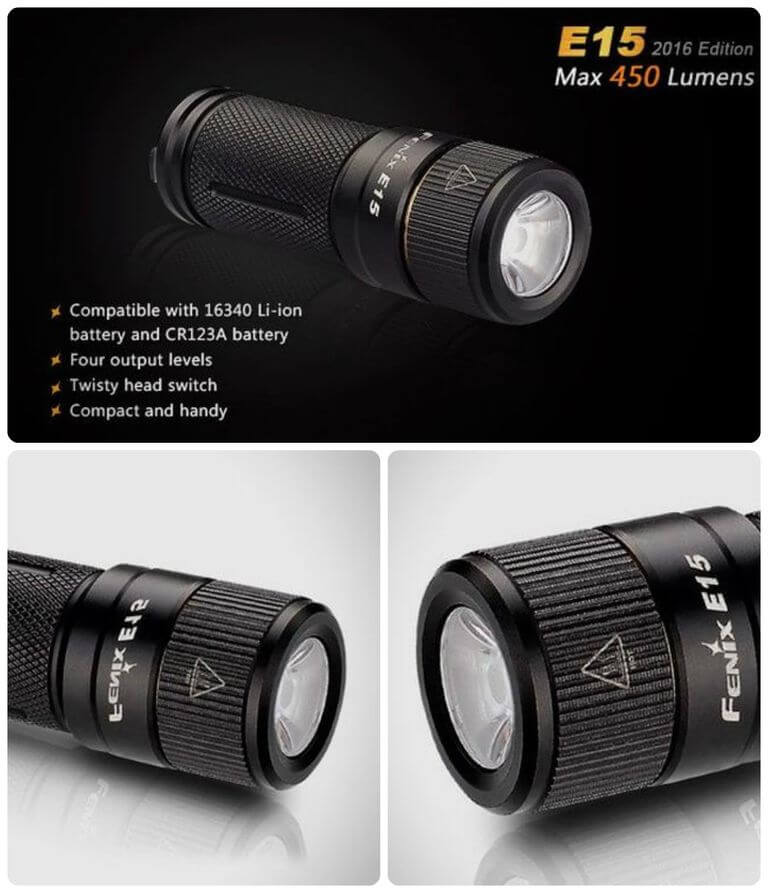 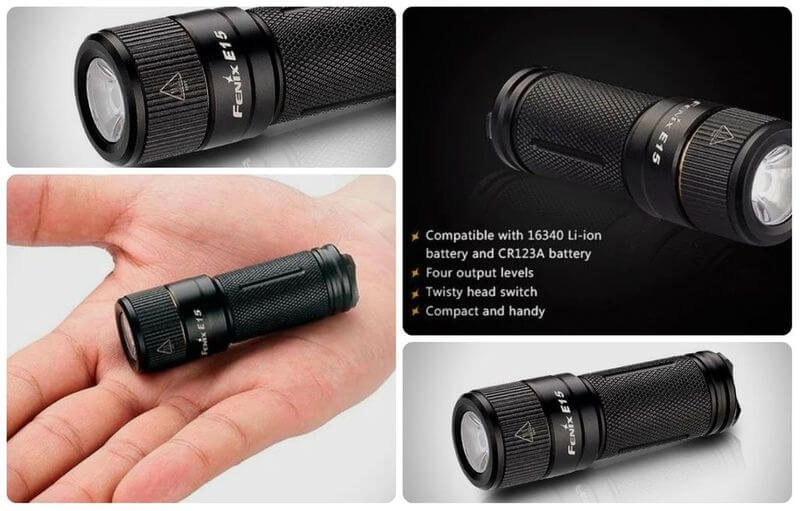 On / off and switch between the brightness is carried out directly by turning the head unit clockwise and counterclockwise. The device operates as a lithium-ion battery size 16340 (comes included) and from lithium batteries 3V CR123A. The low-battery flashlight informs brief blinking.

The Flashlight LED Fenix E15 2016 Edition is now available for order such as through certain authorized dealers or through representatives on eBay. The estimated cost of the recommended is the amount of 30 dollars.