On site Indiegogo published a draft device for controlling the composition of air in real time. Miniature gadget developed by Taiwanese startups. He can be used at home, on the street, in the car. By measuring the temperatures, humidity and air pollutants, Air Mentor able to warn you of danger.

Annually from indoor air pollution kills more than 4 million people. Man breathes 15,000 liters of air every day, and it often turns out that the environment in the room or office contaminated stronger than on the street. Headaches, allergies, asthma – the most common manifestations of the impact of dirty air on the body. More serious consequences – loss of memory, poisoning by toxic substances, exacerbation of chronic diseases, stroke. 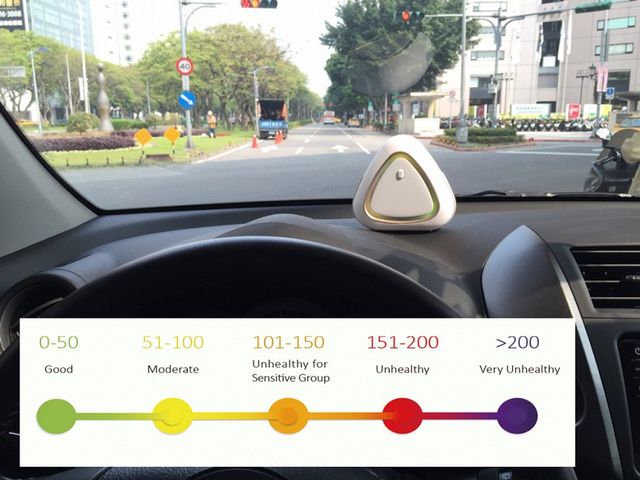 The design includes the device and smartphone applications to which Air Mentor is connected via Bluetooth. Compared to conventional carbon dioxide detectors and carbon monoxide gadget has a broader functionality. It detects particles alcohols, aldehydes, ketones, amines, aliphatic hydrocarbons, organic acids and some other substances. 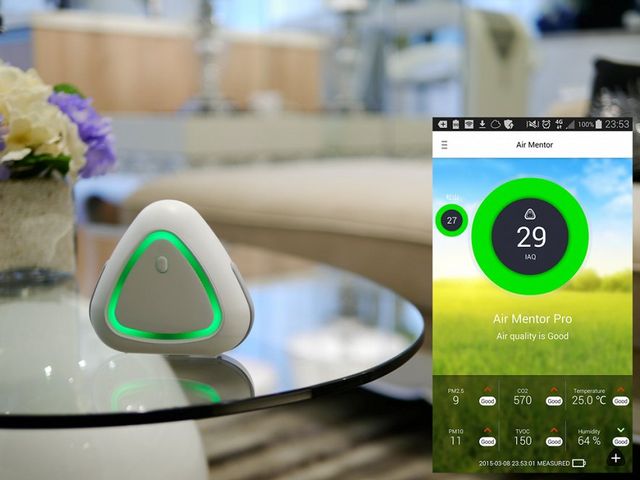 Intelligent algorithms implemented in Air Mentor, receive information from sensors industrial grade and assayed it in real time. LED remains green when the air is safe, changes color to yellow, orange or red, if problems are found and becomes dark blue upon the occurrence of an emergency. In applications for smartphones air composition is described in more detail, and provides recommendations for improving the environment.