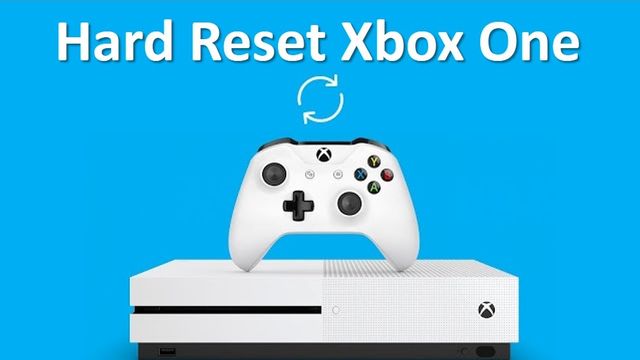 Gaming consoles differ from computers, first of all, with its simplicity. However, given the interaction of hardware and software components, there is still possible some bugs. If your gaming console hangs up when you start the game, slows down projects that previously worked without problems, information is no longer read from external storage, or other problems, you need to perform hard reset Xbox One.

The most common and most effective way to fix errors on Xbox One is to reboot the console. You can do it in three ways:

When Xbox One is completely turned off, wait 5-10 seconds and turn it on.

The second option is called hard reset Xbox One. This method does not delete games and applications from gaming console, but cache memory is cleared. It often helps to solve various problems, for example, if the game or video is slow. Hard reset Xbox One with clearing cache is quite simple:

Note: The indicator that hard reset was made is the animation of loading Xbox on a green background when the console starts.

If just clearing cache did not help to fix the problem, you can use special option hard reset Xbox One with Air Gapping. Recall that Air Gapping is a temporary disconnection gaming console from the network, which can be useful in some situations.

Quite often it helps with network problems, for example, spontaneously Wi-Fi disconnection.

Hard reset Xbox One with restoring to factory settings

This method removes all content from Xbox one and restores it to the factory settings. Usually you need to perform hard reset, if bought Xbox One “by hand” and the former owner did not make the reset.

Offline hard reset Xbox One after an unsuccessful update

If during update your Xbox One turns off, it is possible that it will not turn on again. There are other situations when you need to hard reset Xbox one from offline mode. Search on YouTube how to do it.

Also you can use manuals from Microsoft, selecting your version of the error. It helps you to perform hard reset Xbox One and solve your problem with gaming console.