What qualities must have overhead headphones buyer to pay attention to them? At a minimum, good sound, good build, pleasant appearance, successful ergonomics and adequate price. Sony MDR-10RC collected all the above advantages, unfortunately, without a drop of tar has not done.

Making packaging reminds premium Sony MDR-1R / 1A, which causes positive emotions because this model is much cheaper. Inside the hidden earphones, two 1.2-meter cable, one of them with a remote control, carrying case, and documentation.

Sony MDR-10RC look like a small copy of said MDR-1R. Feels corporate style Japanese company that stands out from the mass of other headphones. 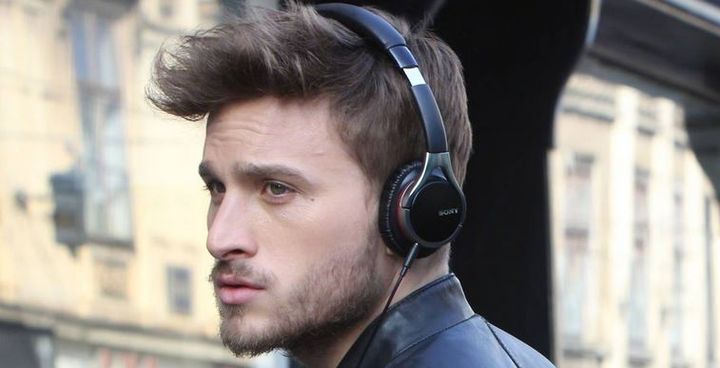 The housing is made of plastic and metal – aluminum made the cup and the base of the arc, and the remaining plastic components. Soft leather is used on the ear cups and headband upper part.

Headsets are available in black, white and red colors. Build a high-level model in the hands felt better than more expensive solutions from Sony. At the head of Sony MDR-10RC look neat and stylish.

The notorious fly in the ointment is waiting for us in here. Do not think that everything is so bad. Soft ear pads, ears comfortably rotate the bowl and turn, and the length is adjustable with optimum rigidity.

But Sony MDR-10RC very poorly kept, just tilt your head as they begin to crawl. Run, do in the hall, cycling is not particularly comfortable, there is always the possibility of falling headphones. This makes compact headphones are designed for listening to music outside the home, not the best choice for the street.

Foldable in a pair with a complete cover greatly simplifies transportation. Removable cable also refers to the advantages of the model – lost / will tear standard, changed to any other with connector mini-jack.

But the sound in front of us a good copy of their money. The total picture is soft and voluminous, nice to listen to electronics, pop music. Mid and high frequencies are blurred and inexpressive, so the sound of instrumental music or rock music will not please everyone. The stereo sufficiently mature, but to discern where the virtual scene is a specific tool does not always work.

Soundproofing at C grade with a plus, but this situation is typical of overhead headphones Sony MDR-10RC – in a noisy environment a good half of the frequency spectrum is not heard. The official website states that when creating a model, participants were invited to group The Script in order to achieve a realistic sound – excellent, we are happy. Sony MDR-10RC is played loudly and expressively with simple smartphones, which partly compensates for the average sound insulation, but with high-quality sound equipment becomes more detailed and juicy.

The remote control Sony MDR-10RC has a single button that lets you control the player in the smartphone and receive calls.

As competitors considered the headphones Sony MDR-10RC can recall the AKG K518 and Marshall Major. The first similar in sound, but are losing the design, the latter look very stylish but sound worse creations Sony. 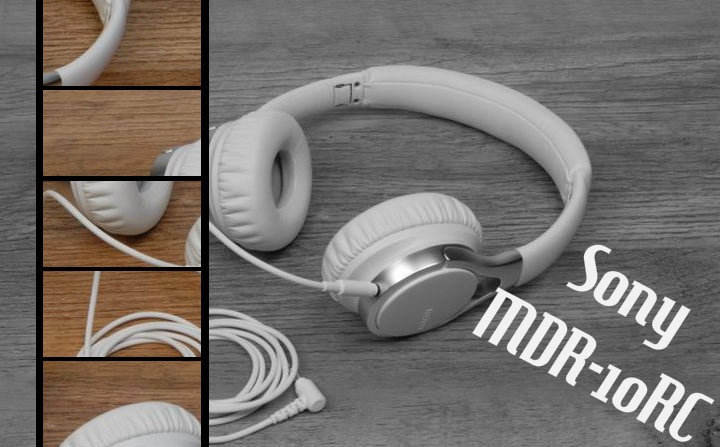 Summing up, we can say that Sony MDR-10RC distinguished brand Sony-style, high-quality materials, good sound, detachable cable and an acceptable price. You can buy Sony MDR-10RC for £ 99.00. The lack of one – poor fixing on the head.

– Poorly kept on the head