More recently, the screen size is five and a half inches seemed excessive and worthy only experimental models. From the mouths of market experts sounded loud statement that such phones can act only as a technology demonstration companies. These gadgets “settle” in the collections of enthusiasts and sales they can not see!

However, the success of the line of Samsung Galaxy Note has proved otherwise. And even trendsetter in Apple presents its new product: iPhone 6 Plus with a diagonal of 5.5 inches. Leaders of rival companies, they say, are tightened. Today we talk about low-cost, but high smartphone Huawei Honor 4X.

The size of its front part – 159,2 × 77,2 mm. Thickness – 8.65 mm. Weight of the device – 170 g On the market there are several colors. It is black and white version, but according to the information in the network, there are others. For example, so fashionable in Asia gold. It is not known whether he will go on sale in Russia.

In our test lab received model white. The back cover with the ends – a single piece with removable buttons and the necessary holes. It is made of durable plastic. The back is textured Canvas. Ends with smooth and pleasant to the touch. Unfortunately, volumetric pattern is not conducive to comfortable holding: a smartphone and tries to slip out of hand.

The front part – is the screen with a black frame, regardless of color solutions smartphone. On the bottom edge of the touch buttons placed – silver icons without backlighting. “Back” button to the left of the button “Home”. Reassign them impossible. Just note that the screen is covered with a special film, with the oleophobic coating and there is no protection against external damage at the level of technology Gorilla Glass is also not provided. Therefore, the screen quickly : covered with fingerprints and traces from touching the cheek. We’ll have to stock up on a special cloth and treat your smartphone as carefully as possible.

On top of the module front camera and a color LED that identifies the different activity (charging for messages, low battery). In the middle of the top of the frame – speaker, covered with netting, placed in the same proximity sensors and lighting. 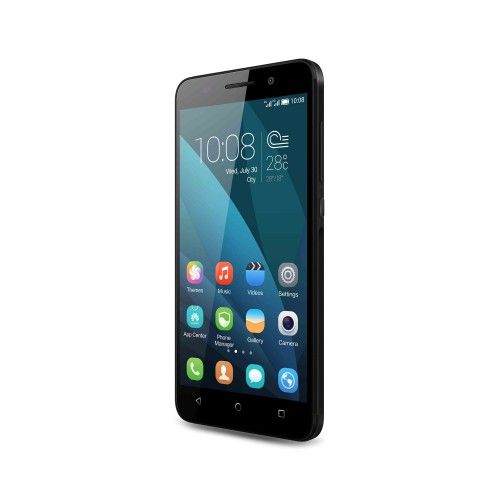 Behind – the main window of the camera with flash and decorated fluted platform in the periphery of the convex. Below is engraved brand logo.

Right – “rocker” volume, and under it on / off button. They are made from the same plastic, and quite slippery to the touch. The course is very short. On / off button at the same time for some reason, made of black plastic.

Under the removable cap is two slots for micro-SIM, as well as a slot for memory card format MicroSD.

At the top end – a connector for stereo headset, a hole for a second microphone.

At the bottom, you will not get an insert – micro-USB connector for charging and pairing with your PC, and a microphone hole ring dynamics.

Smartphone produces a loud enough sound. However, when you turn the sound varies. And if the speaker will adhere to the tissue (eg in your pocket) – the sound is very strongly suppressed, and it is hoped only on vibrate mode.

Display size – 5.5 inches. Frames are thin enough and overall, good smartphone in your hand from the point of view of the grip.

Resolution – Full-HD, and HD, that is 1280×720 pixels. Fonts and layout the chosen very carefully, so we have to look closely to see that the hands are not Full-HD screen. When a confrontation with Full-HD instances, in this case, Honor 6 Plus and the iPhone 6 Plus – the difference in plotting interface (fonts) and minor elements is obvious. But the price is different from the two and a half to five times. 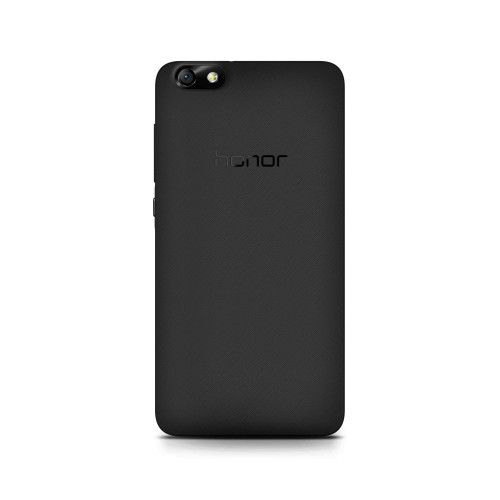 The screen is made by technology IPS. Still, despite this, the display gives senior fellow: color reproduction is not as expressive, colors fade when you reject a smartphone at large angles. However, to contrast and brightness stock we have no complaints – highlight we almost never exposed to levels above 70%. Watch videos, play games, and even more so to work with browsers and text applications – very comfortable.

It is important that the picture can always adjust by itself, for it has certain features, such as the selection of the color temperature.

Synthetic tests showed modest performance, but in practice, the smartphone still was “igroprigodnym” (we ran «Asphalt 8», «Modern Warfare» and «Real Racing 3″). With regard to the Application, here we did not have any complaints. The interface is not inhibited, the usual daily application also worked without problems.

In Honor 4X has 2 gigabytes of RAM – more than enough for today.

But memory to store applications and content from the smartphone has been very little. The device is fitted with 8 GB, with just 3.65 GB available to the user, which is very little. In part, this problem can be solved by using an additional memory card format MicroSD. But here we sometimes face an unpleasant restriction – the maximum supported capacity is 32 GB.

Operating System – Android 4.4.2. As we have said many times, the manufacturer pays great attention to the interface in all specifications highlights version of the shell. This device – a Emotion UI 3.0.

It is made in the original, but with a number of distinctive design add-ons, utilities and widgets. In particular, it provides for such a possibility, as a change to that completely change the look of the interface, including icons, folders, views, and even utilities. Additional themes can be downloaded. 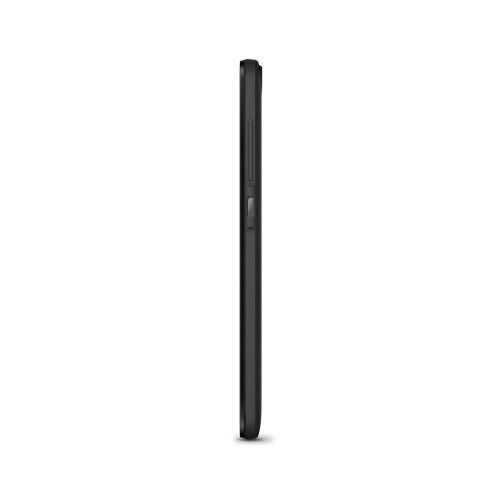 You can also switch to a simplified interface, in which the most important features of the phone brought to the home screen in the form of large color areas, with appropriate icons and large font signed.

All applications are installed directly on the desktop, in the future they can be collected into folders. Conveniently, each new folder is an icon “Add”, which allows you to drag and drop an application installed on the smartphone from the general list.

Main camera – 13 megapixels, it copes with its tasks, but the best results are obtained when the flash is activated or in a good light. In less comfortable shooting conditions, the pictures are noisy.

Autofocus, in the absence of sufficient light, sometimes makes mistakes. There is a situation where on the screen you can see a perfect picture, but at the time of the shooting AF “breaks” and moves – the picture is fuzzy. Also, with the increase can be sure that the internal processing algorithms artificially inflate the harshness that sometimes leads to unpleasant artifacts in fine detail. You just have to be prepared for such surprises and stronger to keep the smartphone when shooting.

The camera offers the usual huge number of settings and options.

There is support for HDR, you can customize the search of the face and the smile shutter. The mode of shooting of panoramas, even when holding the smartphone in portrait orientation.

Among the conditions there similar to what we saw in Honor 6 Plus: it allows you to change the focus point selection, and partly to adjust the depth of field. But in the absence of the second camera, this option will not work, although not as interesting as in Honor 6 Plus. Again, to obtain a result that is necessary to remove a static while carefully securing smartphone.

Shooting a Movie can be made in the format Full-HD, 1080p, 30 f / s. Electronic stability mode is not supported.

The front camera has a resolution of five megapixels. That would be enough for the “self” is very decent quality. If necessary, you can resort to additional modes to improve and filters. For video calls, such permission more than enough.

There is also a FM-radio, but for it to work you must connect a wired headset (wire is used as an antenna), while the sound can be output to a speaker or a wireless headset. Incidentally, the headset is not supplied. From accessories holder gets charged and wire USB-micro-USB.

In Honor 4X uses non-removable battery with 3000 m / Ah. Given the considerable even diagonal screen, it turned out that the battery shows a good performance. With an average load, the smartphone worked quietly all day, video playback (60% brightness, sound – 100%) – it lasted 6:00 11 minutes. When continuous three-dimensional racing game «Asphalt 8″ using the accelerometer – 3 hours 3 minutes.

Honor 4X – a very interesting solution at an attractive price. We believe many people are interested in the opportunity to purchase a device with a screen diagonal of 5.5 inches, the two “SIM cards”, eight-processor from a reliable producer, but except as a workhorse, not a smartphone status.