The number of Chinese phone manufacturers continues to increase as the number of devices. Find among these devices the perfect smartphone is extremely difficult. So I suggest you another review imperfect Mlais MX, which has both advantages and disadvantages.

The smartphone has a classic look, and virtually nothing stands out among the hundreds of other similar gadgets.

Under the screen are three touch-sensitive keys Android: “menu”, “home” and “back”. Unfortunately, the keys do not have a backlight, so they have to look dark to the touch.

Above the screen are the earpiece grille and self-eye camera. LED events, unfortunately, absent. 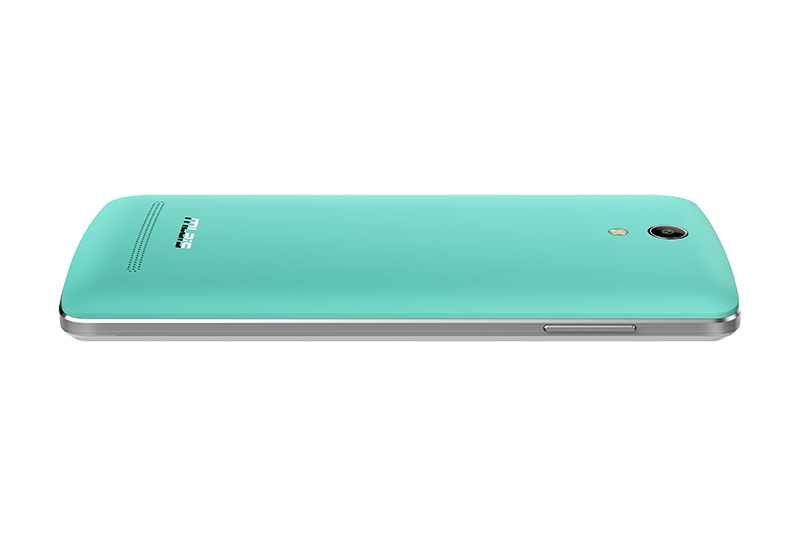 The manufacturer decided to place and microUSB connector and headset jack on the top. In my opinion, the location of the connector for charging the bottom seems to be more convenient, however, it is subjective. Also located on top of the IR transmitter, with which you can control your home appliances.

The lower edge of the hole was a place only for the microphone.

The back side of the smartphone Mlais MX pleasant, it resembles soft-touch, with her almost invisible traces and fingerprints (in contrast to the glossy and glass lids). The main camera, which was a metal rim, protrudes slightly from the body.

Along the perimeter of the smartphone, Mlais MX is a gray plastic edging “under the metal.”

On the right it is a button on the verge of \ unlock, and the left – the volume rocker.

Most manufacturers, to reduce the cost of the gadget Mlais MX is added to the standard is nothing but the charger and microUSB-cable. Company Mlais no exception.

Mlais MX got a 5-inch display with a resolution of 1280×720. In my humble opinion, such a density of pixels is enough for comfortable use smartphone. Yes, if you put a number of HD and Full HD device, the difference in the small details in the font will be noticeable, but it does not hurt the eyes and is not critical. 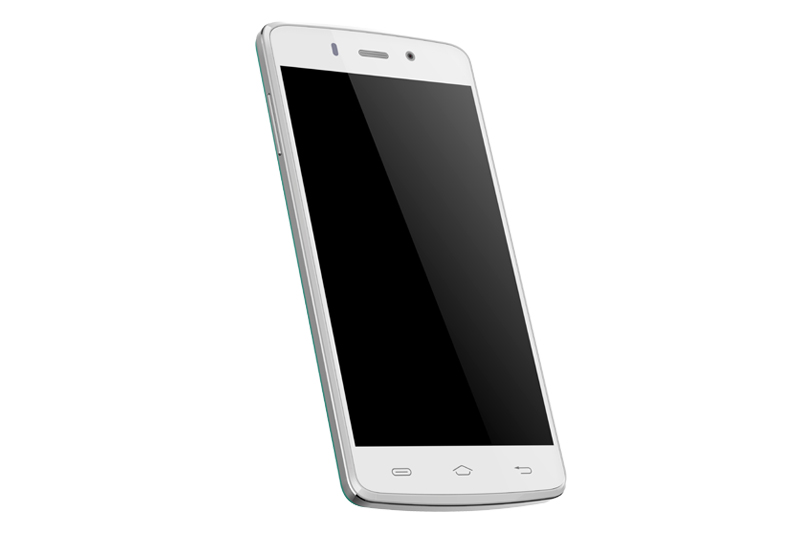 The screen is made by the technology of OGS, which resulted in more realistic and enjoyable picture. The display pleases with the brightness, saturation, and vivid colors.

With strong deviation angle pictures a little pale, and black color turns to gray, but the difference is not too big.

For lovers of fine tuning, a special technology MiraVision, which allows you to adjust brightness, contrast, saturation, sharpness and color temperature of the image. Multi-touch support up to 5 non-recurring touches.

As the processor used in Mlais MX quad-core 64-bit chipset Mediatek MT6735 with 1.3GHz. Mali-T720 Graphics Processing Unit is responsible for handling graphics. With that, the processor is considered the budget, it can not be called weak. In Antutu Benchmark managed to get a good result – 28,000 points. If we talk about the actual speed, even in Modern Combat 5 FPS sags and no play can be quite comfortable. However, while playing smart noticeably hot.

The smartphone Mlais MX has an optimal combination of memory and storage: 2 and 16 GB respectively. This amount of RAM should be sufficient for all daily tasks and games. At the same time, you will not have to think about that jammed the phone memory, and you need something urgently to close or clear.

16 GB (actually the user is only 11.8 GB) of permanent storage will be enough for a couple of big games, a few episodes of favorite series and a small playlist with your favorite music. If that’s not enough, you can always use the memory cards microSD. The manufacturer claims that the maximum supported capacity card – 64 GB.

The most important advantage of the smartphone is the battery capacity is equal to 4300 mA / h.

However, it was not so smooth. After 1 hour and 45 minutes after launch Antutu, Battery Tester smartphone started screaming about overheating. During this time, Antutu could defuse the smartphone up to 74%. Thus, theoretically at maximum load Mlais MX able to live about 8 hours.

If we talk about a real operating conditions, such as watching videos, everything here looks even better. 4 hours 40 minutes battery slipped to 68%. Therefore, you can watch a video about 14-15 hours on a single charge. During testing, the video in 1080p smartphone complaints about overheating and was barely warm. 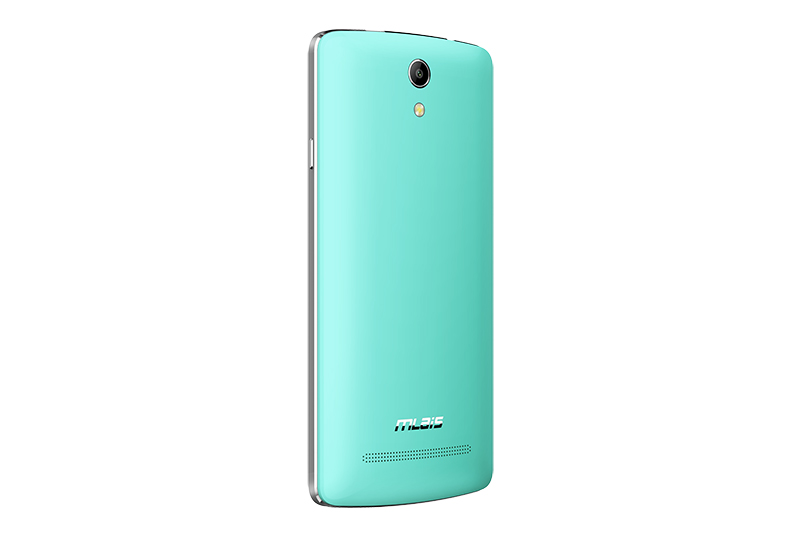 Thus, the active use of the smartphone will be enough for 2-3 days. If you make a few calls a day, and about an hour  watching a video, it will be possible to reach up to 4 days on a single charge.

Mlais MX does not differ a good sound. The sound of the main dynamics of average quality and the volume level is below average. At the same time, the maximum level of distortion and audible wheezing.

“Out of the box” smartphone is based on latest version of the operating system Android 5.1 Lollipop. The interface does not have any add-ons or additional graphical environments. Thus, we get the classic look of Android, Nexus-on devices. Firmware runs very smoothly, all the windows, menus, and other amenities open very quickly, which gives the impression that you use a real flagship, and not the Chinese middle-class smartphone with a price of $ 150.

It also supports firmware upgrade over the air (OTA). This function works only partially (at least at the time of writing). That is a smartphone update sees, but can not start it downloading. Apparently, the producer is a problem with the servers.

At the second attempt, the update over Wi-Fi goes well, the patch size of 25 Mb Download pretty quickly, after which the firmware has received “several improvements” and “fixes some bugs.”

As for the ROOT-rights, they are universal and have no utilities, such as Kingo ROOT, failed. In various forums, there is information that smartphone is only possible during the installation of a custom that is the fraught gadget.

Mlais MX got quite a standard set of wireless interfaces: Bluetooth 4.0, Wi-Fi, LTE. In addition, a pleasant bonus is the presence of the infrared port to control home appliances. Using the IR transmitter is done by installed application ZaZaRemote. Setting up the program is extremely simple. You do not need to remember the exact model of the TV or any other device, you need only specify the manufacturer and type of equipment. Then with a few checks (whether there is a response to the command or not) the program will select the specific device, model. If you prefer, you can fine-tune yourself to hold “remote”. 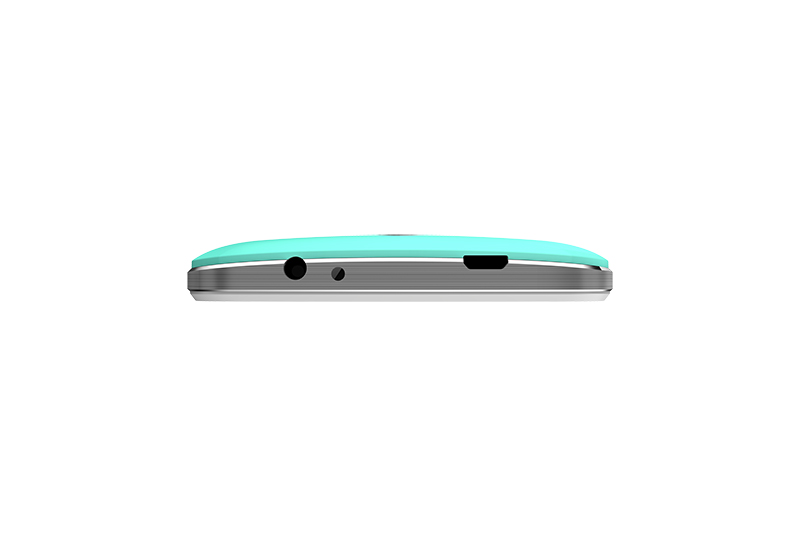 It also has support for standard navigation systems: GPS and GLONASS. Since the first launch to connect to the satellite it took only 8 seconds. After about a minute, the smartphone is 25 satellites and is connected to 15 of them. Positioning accuracy is quite high.

The smartphone Mlais MX has an 8-megapixel main camera with video recording with 1920×1080 resolution and frame rate of 30 FPS. Unfortunately, the quality of pictures and videos is quite low. True it is worth noting that the camera focuses relatively quickly and the smartphone provides good macro shots.

It was seen one more time. Each time you run a standard application “camera” starts training mode. We can not say that this is a significant drawback, but it’s not too convenient.

What have we ended up with? Most of the battery, which allows you to actively use the smartphone Mlais MX “gently.” You can watch movies, surf, listen to music – without any problems. However, if you want to play, then an hour later, it may be a problem with overheating. Also disappointed cameras that do not very high-quality images.

Pleased good OGS-screen, high-brightness and nice color. In devices with a similar price tag is commonly used screens with lower quality. No complaints about the build quality, the smartphone does not creak, no backlash, all the details fit perfectly.

+ Firmware Update “in the air”

– Difficulties in obtaining rights of ROOT

– No indicator events and key illumination